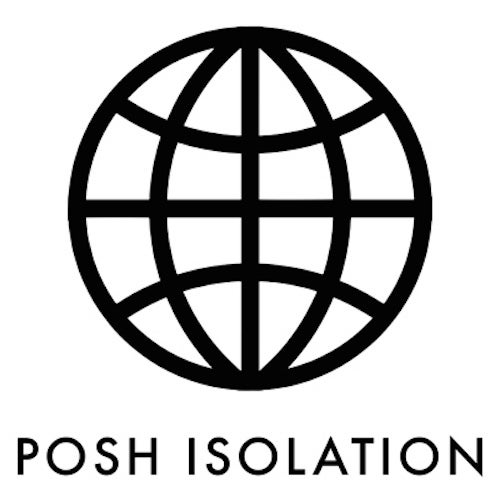 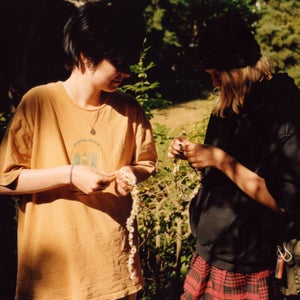 "Who made the world?
Who made the swan, and the black bear?
Who made the grasshopper?
This grasshopper, I mean—
the one who has flung herself out of the grass,
the one who is eating sugar out of my hand,
who is moving her jaws back and forth instead of up and down—
who is gazing around with her enormous and complicated eyes.
Now she lifts her pale forearms and thoroughly washes her face.
Now she snaps her wings open, and floats away.
I don't know exactly what a prayer is.
I do know how to pay attention, how to fall down
into the grass, how to kneel down in the grass,
how to be idle and blessed, how to stroll through the fields,
which is what I have been doing all day.
Tell me, what else should I have done?
Doesn't everything die at last, and too soon?
Tell me, what is it you plan to do
with your one wild and precious life?"


"Together" is the third collaborative album by Frederik Valentin & Loke Rahbek, following 2020's "Elephant" and 2017's "Buy Corals Online". The album was originally conceived in response to a commission by the Danish documentary festival CPH:Dox to create an alternate soundtrack to Chris Marker's sublime documentary travelogue from 1983, "Sans Soleil". Lo-fi vignettes of guitar and field recordings are presented alongside electroacoustic experiments, as enchanting invitations to rhythmical synthetic worlds, with each finding poise about Marker's meditation on the nature of human memory. With acoustic instruments treated digitally and instrumental performances reinterpreted, "Together" travels the lush path of their earlier works to new destinations.


The album unfolds like a series of postcards, its colours bleached by the sun and its stories told with blurry fragments. Behind the details, the ruling stories are seamlessly enjoyed if not intimately entwined. On bike in the city, swimming in the harbour, birch trees, kissing, first teenage acid trip, experiencing the oneness of life in a messy adolescent apartment. Stargazing eye-to-eye, every face seems familiar. Colourful blankets, being broke, feeling joyous, sandals, a fountain, flowers. Preteens high on soda with joy-blushed skin. Like Marker, Together travels in time to revisit lost emotions.


The inner cosmology of Valentin & Rahbek's work is that of naturalistic reportage just gently sprayed by the crashing tide of psychedelic curiosity. "Together" is about finding the miraculous in the ordinary. It's about trying to find composure in a world where suffering and ecstasy live as next door neighbours. It's about how we are dying even as we tremble with as much life as we've ever felt.


Valentin's long wake of solo works and collaborations include his productions with Yung Lean (as Jonatan Leandoer127) for the album "Nectar", as well as their joint commission for Sweden's Cullberg Ballet, and most recently includes last year's exquisite double EP "0011001/ 0011000" for Posh Isolation. For more than a decade, Rahbek has been making electronic music as Croatian Amor and a wealth of other monikers. He has been running Posh Isolation with Christian Stadsgaard since 2009.


The cover features the work of Copenhagen-based photographer Halfdan Venlov, portraying the city's youth in a cemetery in central Copenhagen, and forms part of his ongoing series "Under Heaven". The sunny meeting against unkept headstones and weathered memorials is an evocative companion to the blissful details "Together" encloses.


"Doesn't everything die at last, and too soon?
Tell me, what is it you plan to do
with your one wild and precious life?"