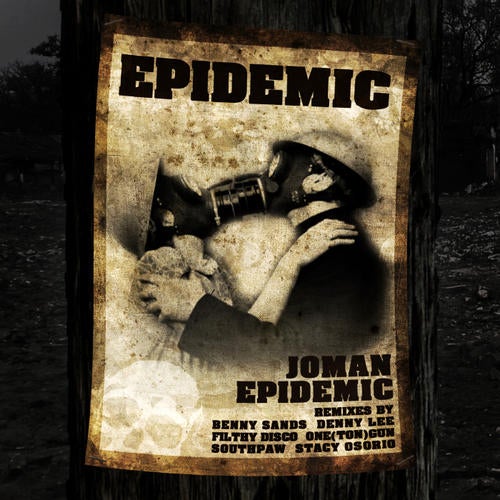 In the style of "Little Habitats," Joman returns to his darker side with this one, singing about the end of the world, the current state of mankind and how all anybody can do is either close their eyes in fear, or sit back and watch the show.

The vocals are accompanied by a hard-hitting electro/industrial soundtrack, as well as the occasional sounds of nuclear destruction. All the while, Joman still manages to maintain a sense of humor "You say you wanna do the Hellen Keller. Well, I'd much rather do the Helter Skelter."

Included on the release are the winners of the Epidemic Remix Contest; Benny Sands, Denny Lee, one(ton)gun, & Filthy Disco.

We also have supporting mixes by Southpaw & Stacy Osorio.