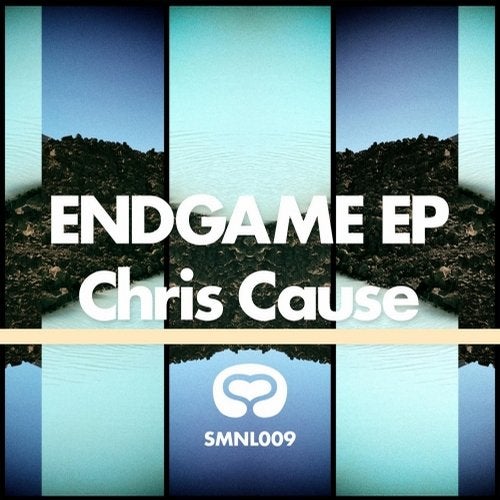 Already steaming ahead with their ninth release, Seminal Sounds brings you fresh new sounds from US based producer, Chris Cause. Initially solidifying his place as a respected DJ and promoter, Chris is quickly rising up the ranks to establish himself as a force to be reckoned with. Dark, energetic, and well-rounded, Chris's tracks exude quality and forethought of classic acts, such as Ed Rush & Optical, Ryme Tyme, Fierce, Matrix, and many others from a time when Drum n Bass music was synonymous with forward-thinking production and technique. "Copperized" is a classic call-and-response groove, walking the line between minimal heaviness and metallic Amens. "Endgame" steps it up a notch with some futuristic bassline business and ghostly percussion. "First Born" steps off with a more syncopated feel and a chest-thumping low-end that is sure to keep the bins toasty. The final slice, titled "Fury" starts off with half-time vibes and a cheeky old school break, eventually building into a smooth roll out and Chris's signature droning bass. If you like classic sci-fi vibes and serious, up-front dance floor bangers, definitely cop this release! Distributed By Symphonic Distribution - www.symphonicdistribution.com