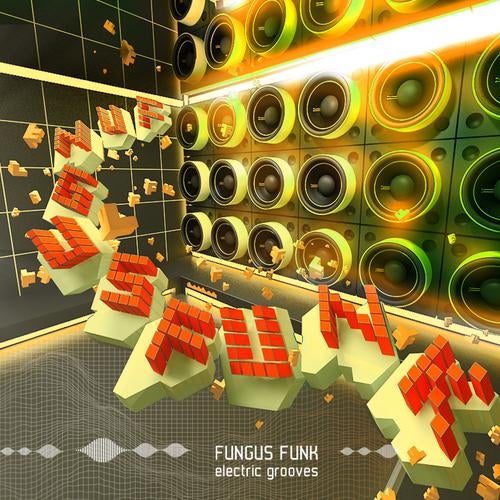 From the world famous Russian-Australian giant BLITZ STUDIOS and its exuberant headmaster DJ DHARMA KAYA comes another knock out release that will shake and shatter dance floors worldwide! Please welcome a brand new album by the Russian maestro of psytrance Sergey Prilepa aka FUNGUS FUNK… Say no more!!! Having established himself as one of the best psytrance artists to ever come out of Russia, FUNGUS FUNK is today a house brand famous for his powerful and catchy tunes around the world - from Western Europe to the far reaches of Asia, from the North American continent to the Australian outback. Having already released 2 highly acclaimed albums - F People on Acidance (2006) and Vostok 1 with Samadhi on Blitz Studios (2008), Sergey's third album ELECTRIC GROOVES is here to seal the deal! Over the years FUNGUS FUNK has played his memorable live sets all over the planet at prestigious festivals such as Transcendence in Brazil, Boom in Portugal, Solar Eclipse in Turkey, Sky Gravity in Crimea and Sonica in Italy to name just a few, plus hundreds of parties in countries as far apart as Russia, USA, Israel, England, Serbia, India, France, Japan, Sweden, Greece and many others. Needless to say, this awesome new album is a must have in full quality for any admirer of top-notch electronic dance music. ELECTRIC GROOVES features FUNGUS FUNK's totally fresh and unreleased solos as well as 3 amazing VS tracks with SULIMA, SORROWMURK and DIGITAL DIMENSIONS. The album has been expertly mastered by FUNGUS FUNK himself! Bon Appetite!!