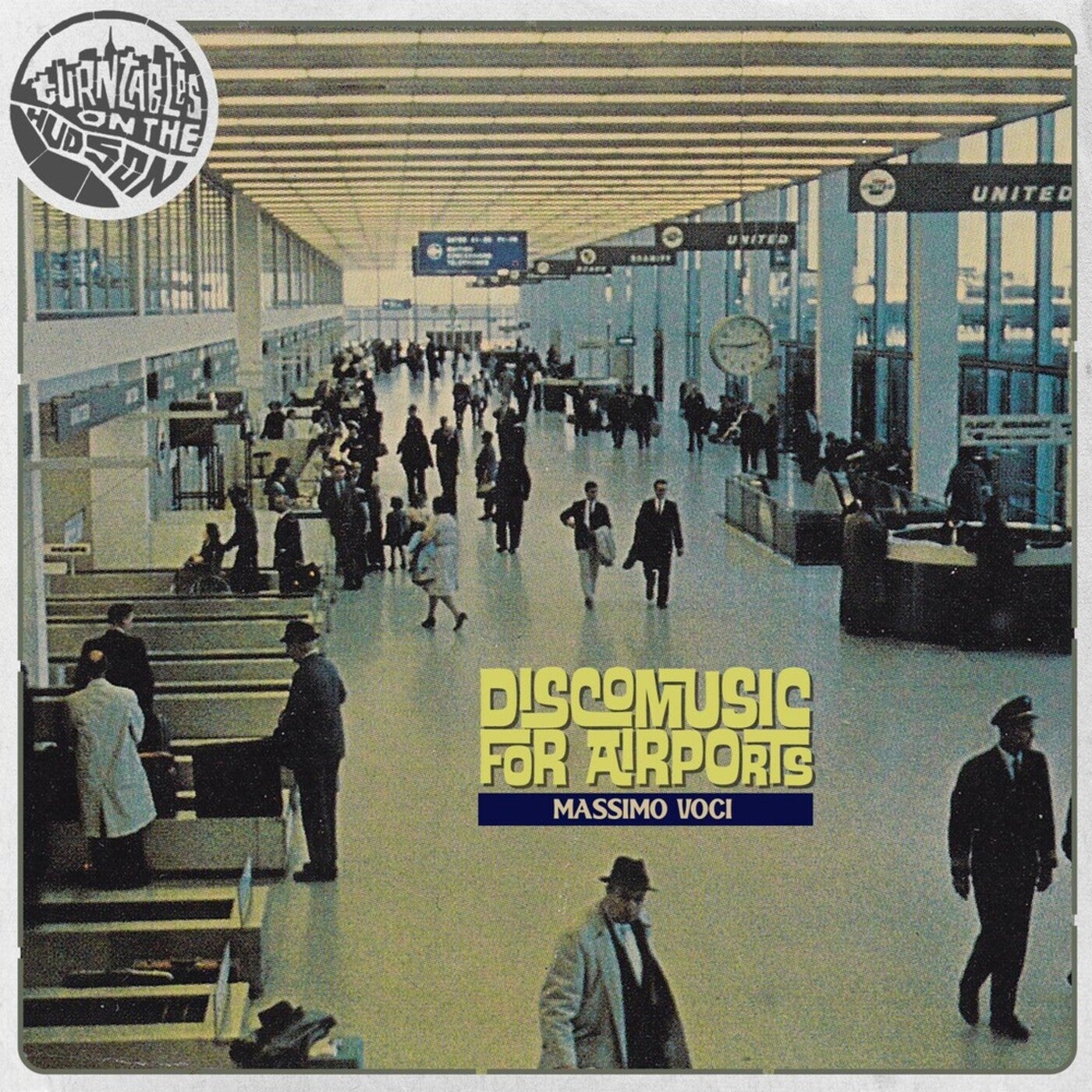 When we are in an airport, every flight can take us anywhere. Each flight has different destinations, like the tracks on this record!
now make yourself comfortable, and enjoy the flight! Syncopated electronic basslines, synthesizers, samples, noises... all by four-on-the-floor beats!
Discomusic For Airports It's like a disco party with the Kraftwerk, Giorgio Moroder, Brian Eno, and others great music lover, and maybe in a beautiful place

Massimo Voci has been a DJ and producer for 30 years. He spent his life at Radio Capital (IT) where he produced various radio programs, including his Saturday night show  "Adventures in a Disco". He has his own label, Black Moka Recordings, and his name has appeared in the billboards of Italian and international clubs and festivals (Worldwide Festival by Gilles Peterson in FR / CH edition, Greece's Shapes, Umbria Jazz, Villa Medici, Cavo Fest), and in concerts by giants of music such as that of Genesis at the Circo Massimo, or with the Chic in piazza del popolo in Rome. He teaches at the Master in Radio at the Suor Orsola Benincasa University of Naples. Born in front of the sea in Calabria, he grew up artistically in Rome, he can't stand still and when he is, he paints