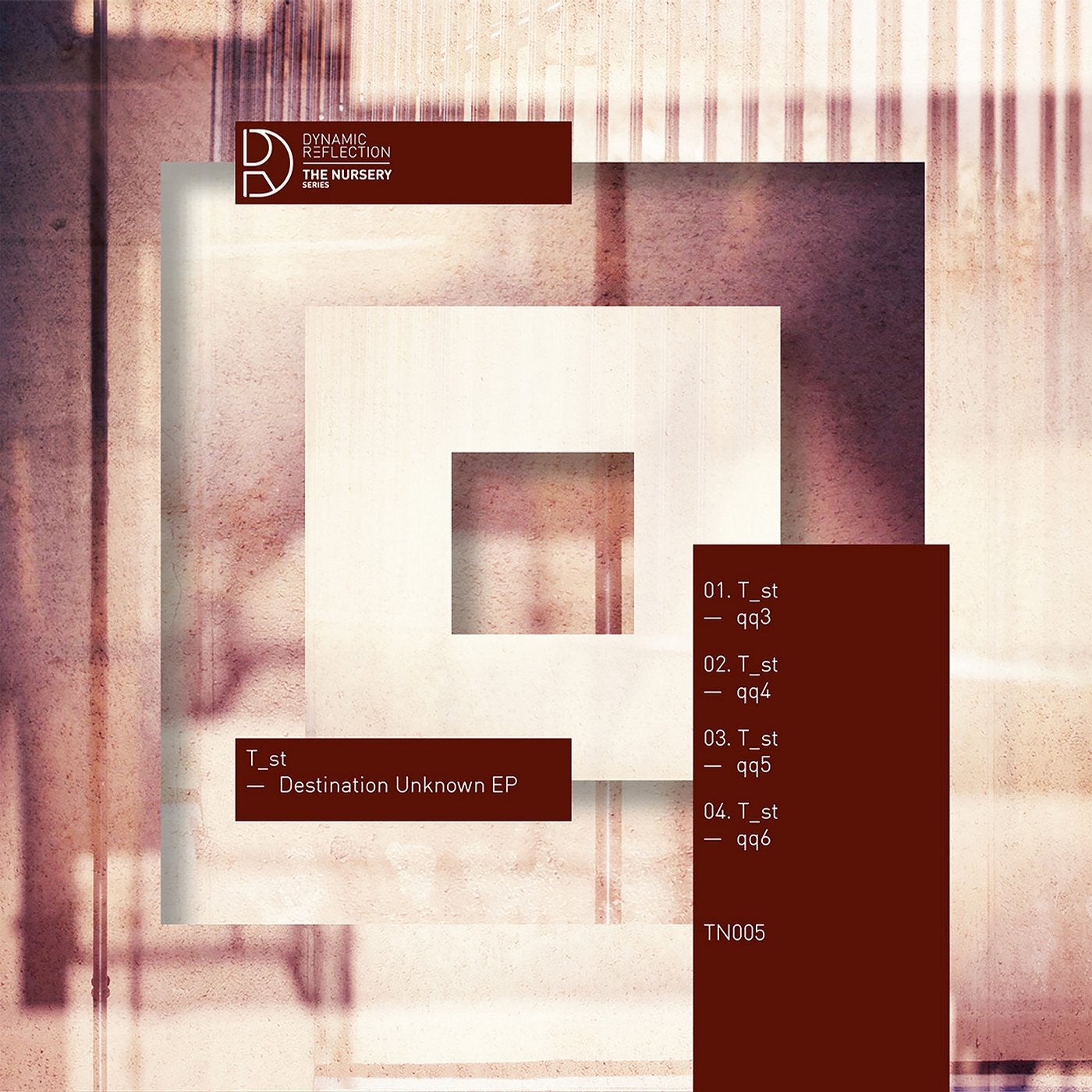 For The Nursery's fifth instalment, meet the young, yet mature sound of T_st. Apart from the fact that T_st consists of two young Armenians, information about them is scarce. But who needs biographies when you have already built a discography like theirs? T_st delivers techno with influences ranging from ambient to breakbeat, from electronica to industrial, and everything in between.

As far as their mature sound and anonymity go, "Destination Unknown" is no exception. The four tracks carry the unadorned titles "qq3" until "qq6".
The first track "qq3" is a relatively downtempo one. It has an unstoppable groove, supported by many layers of hiss, noise and scapes, perfectly suited for the earlier hours of the night. Also pretty downtempo, only with a slightly more aggressive percussion pattern is "qq4", and after that it's on to the proverbial flip side, where the more peak time stuff is found.

"qq5" is a bit faster than the first two tracks, and is carried by its uplifting, bell-like synth line and - again - beautifully layered soundscapes and pads on the background. After that, "qq6" tops this off with more of the energetic percussion, only a much darker, meaner synth to finish it off.

Altogether, it's safe to say that T_st have made quite the first impression with a solid EP, suited for various moments on the dance floors.