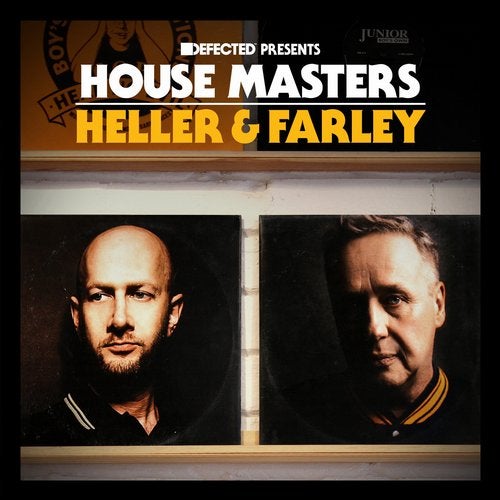 Trace the roots of house music in the UK and you'll find Pete Heller & Terry Farley at its source. Shoom, Future, Spectrum, The Trip: they were there. Omnipresent at those early exploratory and revelatory trips to Amnesia, Boys Own parties out in the sticks, expeditions to The Hacienda, Basics and Cream, the early years of Ministry of Sound and transatlantic ventures to worship at the altar of Junior at The Sound Factory.

Heller & Farley productions are steeped in the sights and sounds of these experiences at the most influential of nightclubbing moments from the last 25 years. Their music is heritage, quality down to the bone: a bastion of the UK sound that has influenced and inspired subsequent producers all over the world.

Defected presents House Masters Heller & Farley is a new thirty track collection that covers all aspects of their long and illustrious careers in the studio, from remixing some of the biggest bands in the world to producing underground sleeper hits that would prove pivotal in the population and development of house music in the UK.