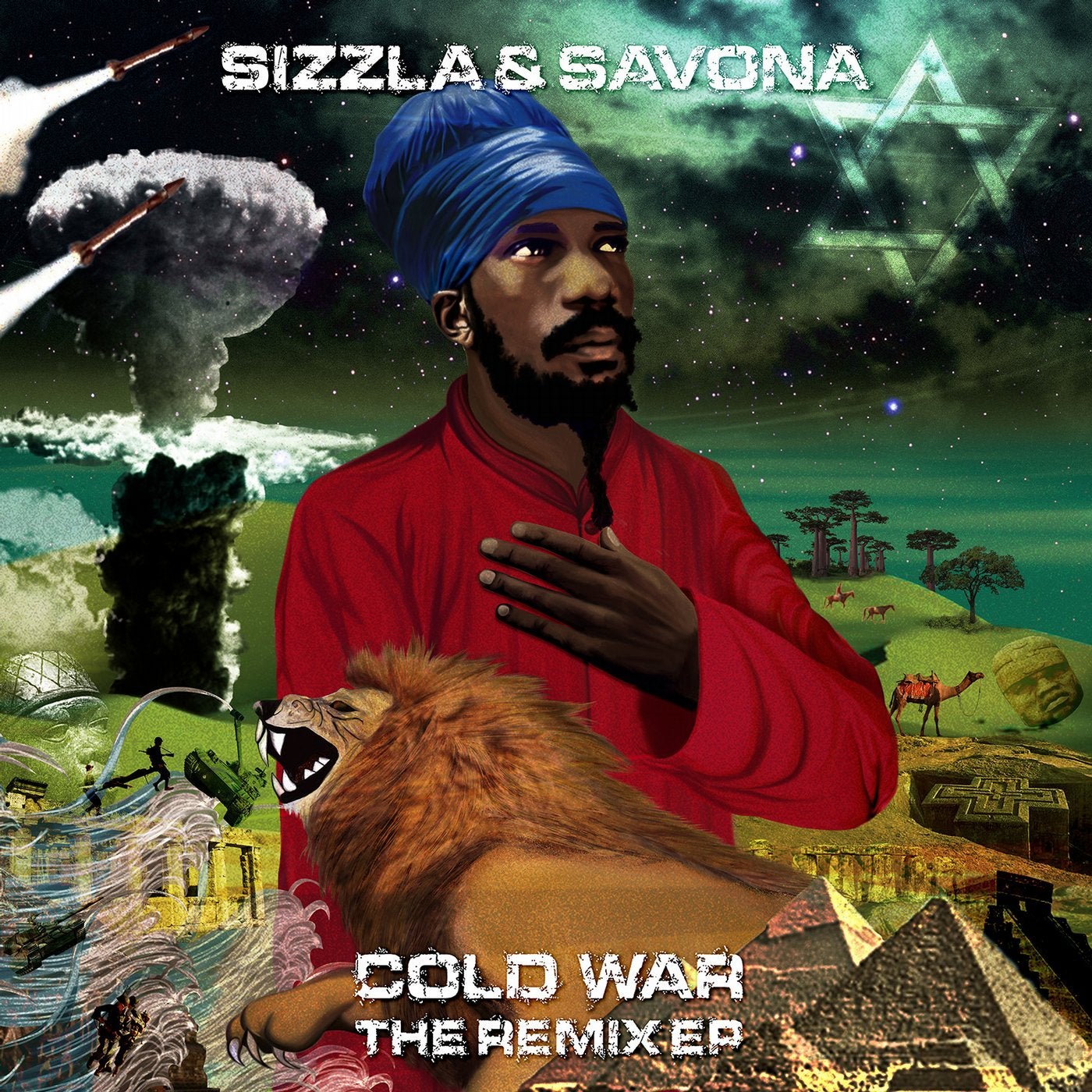 Muti Music is pleased to announce the release of the 5th installment of remix EPs from the Sizzla album Born A King, which we released in May of last year. The album produced by Mista Savona has received critical acclaim and charted in the top 20 of iTunes Reggae and was voted #1 Reggae album of the year (ZonaReggae), Cornel Campbell & Burro Banton version 'Pressure' and Burro Banton's 'Bad Like Mi' were in top 50 singles of the year (United Reggae). Reggaemani and United Reggae also both had the album in their 2014 top 50, many of the remixes have already charted highly on Beatport, been listed as a Top Picks on UKF, received rave reviews in DJ Mag and had the likes of David 'Ram Jam' Rodigan and Toddla T dropping the originals and remixes on their BBC radio shows.

Cold War features instrumental and acoustic versions, vocal reworks by Prince Alla and Bugle and the electronic remix lineup features Om Unit who creates a bouncy homage to steppers riddims, Empress Sheva with Mista Savona take the steppers concept furthers with a dance floor pleasing take, Matt The Alien and HNGVR both push concepts of Drum & Bass variations and then Sukh Knight gives us an epic Dubstep remix and takes it into an edgy and deep direction and 3rdeye pushes it to the deepest level of dub possible in Dubstep.

To give some background on this project, whilst on tour in Australia we met Mista Savona, a Melbourne based producer who had just returned from Jamaica with a bag of new riddims and an almost-completed album with legendary reggae artist Sizzla. We listened to the tunes and loved the fresh new sounds and very positive feel of the album, with its uplifting messages and inspired vocal performances. Muti Music has been releasing a series of Remix EP's based around the album's May 2014 release, featuring producers at the leading edge of dance music globally. These have been receiving rave reviews across the Blogosphere, play on BBC, XFM, Sirius and numerous other internet and FM stations, as well as reviews in high profile magazines like DJMAG.