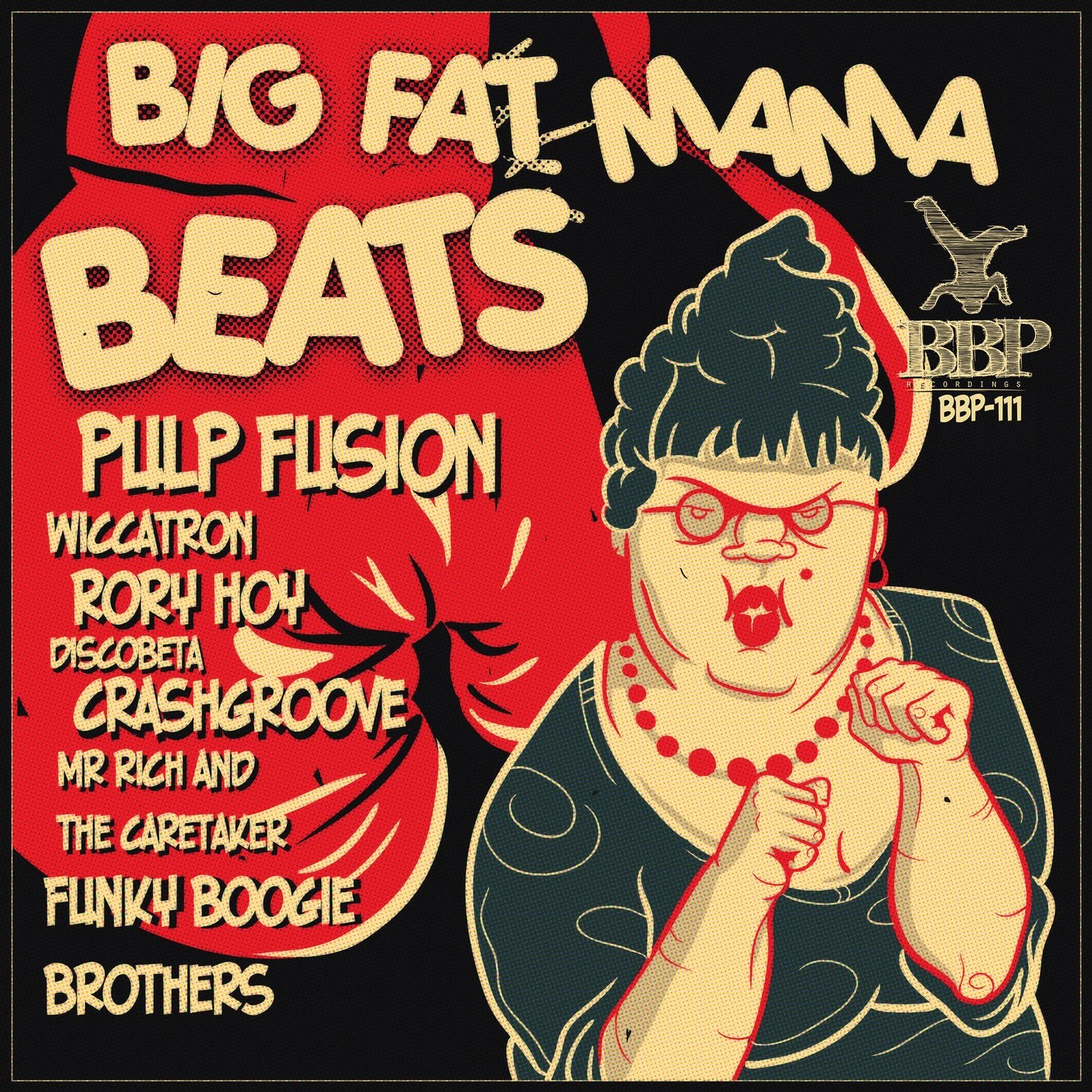 Time to get those feet bumpin' with chubby and Funk infused Big Fat Mama Beats for your ears...Breakbeat Paradise, brings you seven precision cuts, action packed with lots of juicy, big fat breaks and Ghetto Beats. Pimp your speakers full on and let it go for these big hot juicy ass mama beat whoppers. Seven deadly fresh productions of hard jackin' Bass and funk slammin Breaks and Ghetto Beats have landed. A hot saucy mama for your collection. Now seeing the break of dawn, from your number one vinyl and digital pusher, Breakbeat Paradise Recordings. Back again pumping a glitchy and funky Big Fat Mama Beats experience.

DiscObeta. Friends since childhood, Scotty Marz & Erin Paul have evolved into DJs and beat wizards.Their state of the art productions have been released through labels including Funk Fusion, HadshotHahaizar, Barely Legal Records and Funk Blasters. They've also released on Breakbeat Paradise,supporting Morlack with a new remix available on the Refunkafized Album. They bring theirtrademark jacking beats and breaks, with some sparkling innovative ghetto glitch new bass.

Mr Rich and The Caretaker aka Dan Howell and Joolz Frayne is Ghetto funk, Nu funk, Hip Hop and just plain Funk DJ's from the South West of UK. With their first appearence on Breakbeat Paradise Recordings in courtesy of the Relative Dimensions family. They are heavyhitting beat makers and recording producers of many fine releases and a big favourite amongst Dj's for their cream of the crob remixes and mashups.

Crashgroove (aka Dan Morgan), is no stranger to the breakbeat scene. He has been collecting vinyl since the age of 12 and DJ-ing from the age of 16. Crashgroove. He's promoted his own club nights, hosting some heavy weight players including Lee Coombs and Drumattic Twins. He's produced exclusive mixes for NSB Radio, Ghetto Jam, KCC Live and Blue Raccoon and is also releasing tunes on BulaBeats. In 2012 Crashgroove developed The Radical Mixtape Group, home of the Relative Dimension label, which has been growing from strength to strength with releases from DJ B-Side, JFB, Fuzzbox and many others. He has worked on tunes with PulpFusion, and produced a collaborative mashup with the infamous Dr Hooka, featured on Spinforths Scour Soundcloud and on the Ghettofunk.co.uk website.

Wiccatron, is also known as Danish DJ/Producer and breakslover Kim Sørensen, started out mixing tunes and founded Breakbeat Paradise Recordings with nu funk producer BadboE. With roots in UK rave music, his adventures in music began even before his teens, supplying music for computer graphics in compo winning demos in the nineties. He mixes up a great fusion of New Bass and Breaks and Funk with some heavyweight releases, mixes and collabs under his belt. Including the critically acclaimed 9Fingers Album with the singles, Strongbeats (The Remixes) EP, Love & Happiness Remixed EP, featuring remixes from big artists like Jiggy Joe, Mustbeat Crew, Ewan Hoozami, Morlack and Fuzzbox Inc.

The Funky Boogie Brothers are music producers Andrey (Bahamat) & Denis (Den Swimmer) from Minsk, Belarus. They are certainly growing big in the underground scene and currently releasing and producing winning Funky Breaks releases. They've also done work with several collaborators in the past including DJ Craft. Breakbeat Paradise Recordings is proud to present them to the family and under their tracks stand still the impossible to come. The friendly team Funky Boogie Brothers, gives you positive emotions and energy every time.

Rory Hoy is a Multi- Award Winning Music Producer/Film Maker and DJ. He was the Winner of the Yorkshire Young Achiever of the Year Award 2012 hosted by ITV, in the Arts Category, which he won alongside actor Mikey North who plays Gary Windass in Coronation St. Rory Hoy, have releases Out Now on Breakbeat Paradise Recordings. 5 albums under his belt released on Freddy Freshs Howlin Records label and has received support from Fatboy Slim and Mr. Scruff. Besides releasing he is DJ-ing his Funky Big Beats and Disco sets all over Europe, including doing an opening act at the Official Tour De France Fan Park in Harrogate.

PulpFusion is straight out of Switzerland. He has been producing funky jams and big breakssince the early days of nu funk. PulpFusion has countless albums and EPs under his belt and hasdone remixes for Ed Royal and Mr Bird & Tal M Klein as well as running the successful label BigBalls Records. He has a unique strong sound with roots in electric psychedelic funk and rock, mixedwith beats and breaks. He has recently released the succesful Funk Never Sleeps EP, available bothon 12" vinyl and digital release through Breakbeat Paradise Recordings.