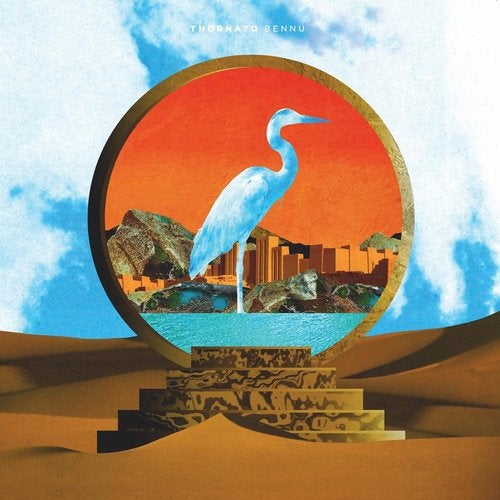 Wonderwheel Recordings is very proud to present the long awaited debut album Bennu by Queens, NY based produced Thor Partridge, aka Thornato. Building up a name for himself over a number of years as a proficient and in-demand remixer, Thor's breakout tune "Gaita Gaita" has been sampled thousands of times by producers all over the world, and has become a certified hit record in South America. A string of remixes and a couple of rare song releases later, Thor's groundbreaking Things Will Change EP was released via Wonderwheel in 2016 garnering massive buzz and record sales, resulting in a European tour that summer, and a Boiler Room performance in the fall.
Bennu represents a giant leap forward for Thornato, as he showcases his chops in crafting dancefloor gems from the ground up. While the electronic production of the album provides a strong backbone, Thor has carefully selected artists from Jamaica, Ecuador, South Africa, Colombia, Canada and beyond to breathe live energy into each song. From the massive bass driven energetic dancehall vibes of "Rhinoceros" featuring veteran chat master Gappy Ranks, to earth shattering chopped up African dancefloor sounds of "Chagamei" to the contemplative Flamenco influenced deep house sound of "Welwyn", and moving into the uplifting & soulful dembow vibes of "Tu Luz" featuring Lido Pimentia – Bennu is an album that carefully navigates through the globe while maintaining a cohesive and consistent feel from start to finish.
 
"Rhinoceros" was Thornato's breakout hit from the Bennu album, and was a perfect fit for an updated Dancehall gem of a 7". The OG sits on the A side, with it's massive bass driven energy and killer performance from veteran chat master Gappy Ranks, while on the B Side, Montreal's Poirier (Nice Up!, Ninja Tune) delivers an absolutely stomping stripped down dembow remix with speaker cabinet shattering bass, and muted dub effects. Not likely to leave the 7" box of selectors all over the world for quite some time!