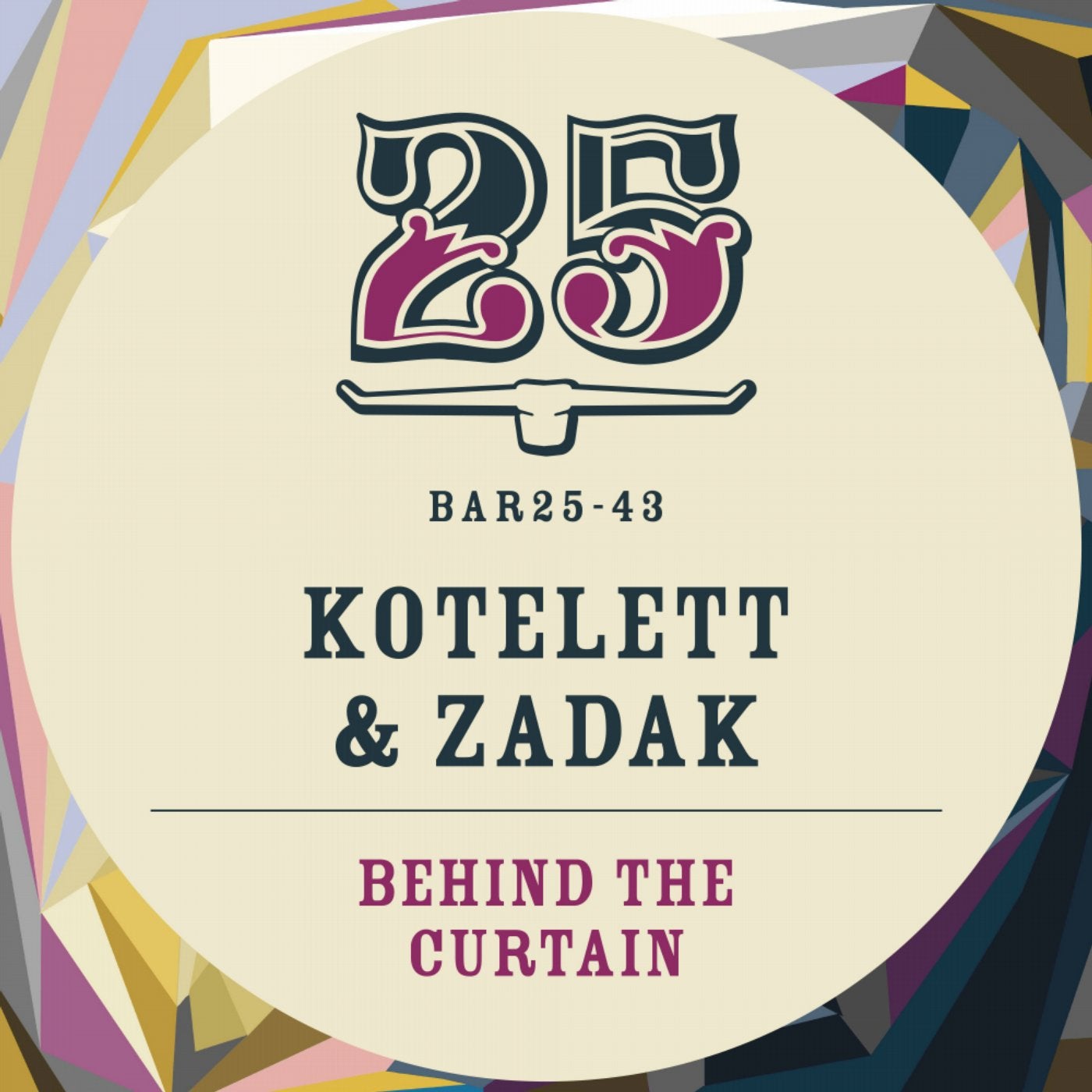 We have waited a long time for this debut. With the decoupling single 'Behind The Curtain' from the compilation series 'Kaleidoskop', the DJ and producer duo Kotelett & Zadak presents itself together with Bar25 Music. The title track 'Behind The Curtain' captivates with its recurring melodic chords and succinct sub-basses. While the second track 'Switch Off' builds up slowly with discreet vocal elements and then develops its driving character, 'Harissa', the final track, is trippy and contrasting in comparison. Up to the middle, 'Harissa' presents itself in a twisted agility and is then intercepted by an intuitive clap.

About Kotelett & Zadak:
Where the two actually originate, nobody knows for sure. Rumors have it, that they once had a common love for sprat fishing and point their fateful meeting to somewhere on the North German coast. If you believe the various rumors, Zadak lost his pants in a raid by the Department of Fish and Game, while Kotelett, due to an overdose of moonshine, lost his boating license. Both lost their fishing licenses and, whoops!, there went their livelihood. What was left for them to do, but abscond to the interior, a bleary-eyed and shady escape to where no one knew them by name. 'From now on..' one of the two is said to have mumbled into his beard; which one is still not known. All in all, it was a perfectly logical development since the nights were rough anyway and the lamest things always ended up in the net. if all catfish are gray. And so, control rod was quickly exchanged with controller, stroke side with backspin, and fog horn with fog machine. What was formerly filleted, is now being filtered; what was being caught, is now pitched. Since then, they have never again scrubbed the decks, but instead record from them. Now, wherever they drop their anchor, there blows a strong bass-breeze, sound waves rise and no shot glass remains dry. Every mermaid has exchanged her ingenue for a good pair of dance shoes and goes crazy from the unmistakable sound of the two self-acclaimed Club-Irish. Whosoever doesn't hold tight to the bar will be swept away like the sprats in the net. Even after days-long sets and a potently boozy fee, a glance into the crowd of faces, tanned by the thick club air, reveals all - Kotelett & Zadak remain uncompromised and bring together what belongs together: music and magic moments!
(The Department of Fish and Game would like to add: 'We are simply happy to be rid of them.')

Behind The Curtain EP