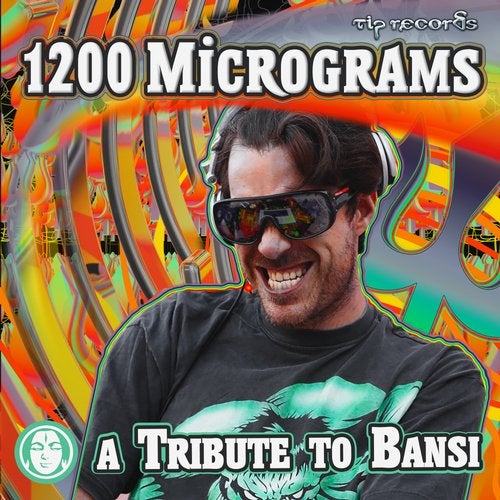 A full moon party....at Disco Valley.....Goa India......1993.... .1000 people dancing in mad delight. Dawn came and then two 17 year old Dutch boys played on two DAT recorders......and blew EVERYONE away...they could mix beats on tape...and they became legends almost overnight.........These boys were Riktam and Bansi....and for the next two decades they played their music around the world....playing every major festival and venue..... Between them, they have written OVER 1700...tracks...of ..their own music.....performed under different names...WITH many collaborations......Bansi...he lived for music.......no one worked harder. He was always trying new things and new adventures./..he had a restless spirit, but a golden grounded heart... generous and so funny... his faces that he pulled all the time...especially if you asked him any question....he would pull a face.... he was a riot... speaking half a dozen languages.....technology came to him easily.....so he was a master of synth programming....and finding weird sounds and great bass lines.. he played all over...large crowds and small......and Bansi gave an energy that was truly amazing....he will be sorely missed but never forgotten......he was not only a great musician...he was a great person..and one that the World loved...
(RAJA RAM)

This is a Tribute to Bansi, who sadly DIED from cancer recently, at 42.
Joseph Quinteros was one of our trance heroes for the last 25 years. As 15 year old teenagers, he and Riktam started GMS, The Growling Mad Scientists, which brought killer special brand new interesting ideas and sounds to our trance world. And as we saw, Bansi touched the hearts and lives of 1000s and 1000s of all of us all over the world..the messages of respect, gratitude and love were amazing and unending, a wonderful tribute to the special musical legacy he left behind.
In 1999, Bansi, Raja Ram, Riktam & CHICAGO started 1200 Micrograms, and Bansi's input was very important in helping create another unique trance sound,
And which was also another way Bunny touched people's lives in deep ways.
Not to mention all of Bansi and Riktam's many other bands/projects (Riktam & Bansi, Soundaholix, Growling Machines..etc..etc), 'Bunny' was a key in all of them. He was also multi-talented. he taught US many things, all of different types, And he was top-5 in the world at World of Warcraft, WE WERE fascinated watching him strategising, and working double-handed the mouse and the game, supper impressive! Just one of his many talents. Bansi changed our trance world, enhanced our lives, was an integral part of all of our 'Soundtracks of our lives',
Thru all these years.
He is missed.bet he remains with us in spirit, we like to believe he is looking down on us from above, from the next dimension..and smiling!
We all send you Love, Bansi..
(CHICAGO)

A Tribute To Bansi