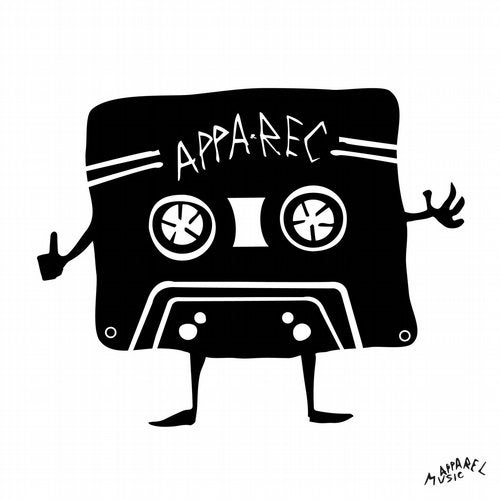 Were thrilled to introduce you to Apparec, a new project coming out of Apparel Musics factory. Its been 2 yrs since the advent of Apparel Wax and we felt the urgency to give birth to a new idea, a newborn brother of the masked hero, which will have the same characteristic of unknownness towards the artists that will be pulling its strings. With Apparec were aiming to focus on a form of musical expression we want to bring back to the spotlight, the Mixtape. We think in this moment of time EPs or LPs are not anymore the only suitable form of music, in the era of podcasts and playlists people are in need of some longer musical creations to fill their empty time/space. Our mixtapes will be crafted by some of the best producers we know and ourselves too, no pre-existent instrumentals will be used so every piece of music will be created and thought exclusively for Apparec. The mixtapes will be released on cassette and digital versions and its really important to explain that were not choosing the cassette out of nostalgia or to take advantage of some momentary trend but because we believe that its the right physical support for a mixtape to be played on. The cassettes will be sold at a super fair price and everyone will be free to listen to the mixtapes via all main streaming platforms. The first Apparec mixtape is a long journey through music, roughly half an hour a side. A side is a mix of hip-hop instrumentals with some amazing custom scratches, hand made purposely for the occasion; a touch of past with a present feeling. B side is a long deep funky house production, a proper voyage into the lands of smooth chords and synthesis with some solid rhythmics. Essentially, Apparec is thought to give to our listeners the option to choose a different way of listening, longer, more spread and of great quality music, which eventually is the only things that really matters to us. Welcome Apparec!