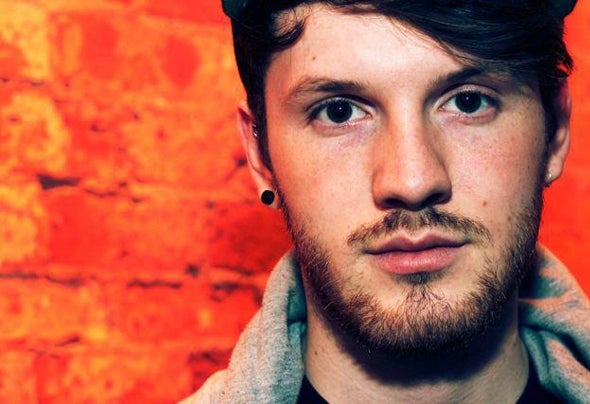 Combining to form the dubstep and electro powerhouse collective known as Vibeizm, Leeds based DJ Alex "Squeaks" Street and Nukleuz, Big In Ibiza & BassDeVision in-house producer Josh "JAKAZiD" McInnes came together for the first time in January 2012. After dropping some killer original dubplates and outstanding remixes for the likes of Coven, MC Flipside, Paul Morrell, Jen Lasher, Sporty-O and more, producer Josh McInnes and DJ Alex Street teamed up to create the ultimate recorded and live experience for their fans taking the Vibeizm act to a whole new level. With much more to come in 2012, be sure to keep an eye on this fast emerging act.Born in 1991, with years of DJing experience under his belt, Alex Street has DJ’d across the UK and played at some of the craziest clubs on the Ibiza shores. Currently a resident of The Warehouse, Leeds and the 1,000+ capacity White Noise, Cambridge, Alex is known for his high energy sets combining floor filing smashers with the hottest upcoming productions from some of the lesser known producers in the scene. Spinning a mixture of Dubstep, DnB, Future Garage and Electro in his sets, the club comes alive with a mixture of musical styles aimed to lift the roof and give the punters an unforgettable experience. Renowned for his mixing and mash-up abilities, Alex soon found himself a key contributor to the Vibeizm project, teaming with the mighty Josh McInnes in early 2012. Production prodigy Josh exploded onto the UK Hardcore scene in 2004 when his “Cilit Bang” release charted at #3 in the BBC Indie chart. Subsequently snapped up by Nukleuz Records, he later replaced Tom Neville as Nukleuz and Big In Ibiza’s in-house engineer and operating under the pseudonyms JAKAZiD, Cut & Splice and Joshkovsky, multi-talented Josh turned his hand to the production of Dubstep in 2009 after hundreds of house, electro and UK hardcore releases.With releases on Big In Ibiza, BassDeVision, Play Me Too Records, 2 Much Bass Records & LU10 Records and production support championed from the likes of Toddla T, Kissy Sell Out, Hatcha, Dubba Jonny, MRK1, Koven, Robdabank, Lost, Jakes, Quartus Saul, TBMA, Hellfire Machina, Reid Speed, Tim Ismag, Dirt Monkey, Maksim MC, DarkElixir, Metaphase, Cotti, Phrenik, We Bang, Enigma Dubz, J:Kenzo, MC Flipside, Wonkap, Inja, ANiMAL, DJ Allbury (RinseFM), Oblivion, Obsidian, Refix, Baconisonfire (FilthFM), Event Horizon (FilthFM) and many more, the Vibeizm boys are turning some heads and much more is just round the corner!