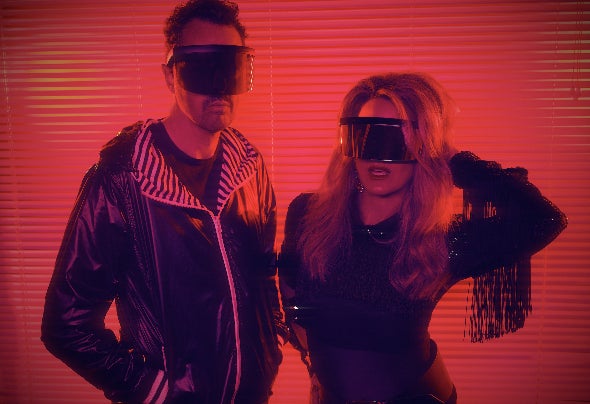 Andy Van has made a career-spanning impact on dance music, mixing huge mainstream success whilst maintaining his underground credibility. As one-half of Madison Avenue, he delivered one of the biggest hits of the era with: ‘Don’t Call Me Baby.’ The track reached #1 in the UK and on the U.S Billboard Dance chart and topped the charts in Australia with the follow-up: ‘Who the Hell Are You.’ Andy co-founded the Vicious Recordings label (with John Course), which issued the first releases from: AVICII and Carl Cox, plus smash hits such as Cabin Crew’s ‘Star2Fall’. Now Andy Van channels his love of timeless Disco, with some modernist house infiuences, for his new project: Super Disco Club, a partnership with Singer / Songwriter Cassie Van. The debut release ‘We Are One’ builds on the attention that Super Disco Club first gained in 2019 when they delivered a remix of Madison Avenue’s: ‘Don’t Call Me Baby’ to commemorate the original track’s twentieth anniversary. It is the kind of instantly attention-grabbing anthem that’s sure to electrify packed clubs and festival fields in the future. Echoing elements of French Touch and nu-disco, its reverberating bass and shuffling beats provide the tightly-woven rhythm that underpins its instantly memorably synth hook. Expect their trademark House & Disco sound, punctuated with a prominent synth hook that instantly identifies the tune. No strangers to chart action and writing hit songs, this masterful duo step up with a tune that will be seeing a lot of Dance-Floor & Radio action.