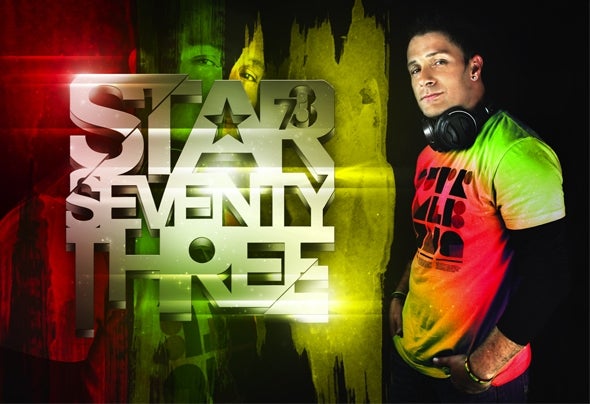 Star73 – DJ – Music ProducerStar73 is a DJ with a burning passion for low penetrating frequencies, pleasing a crowd and dancing with his hands up high. These traits were the first signs in discovering a gift that would gravitate this young artist closer toward his passion and fulfil his dreams of becoming a professional entertainer. As Star73 emerges into the music industry, he discovers that being a part of the Deep house culture in South Africa is all the inspiration one could ask for. After completing a one year diploma in sound engineering and post production at Inhouse Audio Training, he got the opportunity to create a solid foundation and started to unleash his signature soundtrack. Star73 started Djing professionally in 2006 and currently holds residency with Aruba Lounge in Johannesburg, South Africa. One of the city’s hottest party destinations. He has also played at some of the citys top venues, alongside some of the most talented Dj’s and producers in the country. He continues to produce some of the finest quality deep house and his productions have been attracting attention. His 2012 release on UK label, Lepento Records was a great boost for this young artist. Star73 has a growing repertoire of deep house releases and with some interesting collaborations planned for the near future there is still so much in store for this Deep house prodigy.