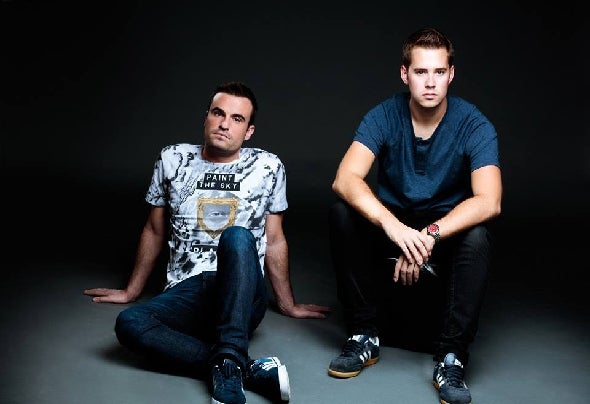 Rising DJ & production duo Somn3um (pronounced Somnium) are taking 2016 by storm, launching a brand new label along with a multitude of residencies and club nights around the world. David Newsum & Scott Forshaw are based in Dubai, and together hold a rich and impressive history of House music.David Newsum began his career in electronic music as a celebrated Trance DJ and producer, having received recognition from the likes of Above & Beyond and featuring on A State of Trance. He was signed to the revered UK label Discover Records.Scott Forshaw is one of the talented group of fast-rising DJ/producers hailing from Leeds, UK. His sound is instantly recognisable: bass infused House including 90s R&B and Garage references with a hard-hitting groove. Its this infectious sound which caught the eye of Armada, signing him up in late 2015. Scotts label credits include the likes of Universal, Ministry of Sound, Hed Kandi, 3Beat, Toolroom and many more.The new record label, Somn’thing Records, marks the beginning of a new era with Somn3um presenting a deep, House-focused sound – and releasing tracks and remixes from their own studio as well as other artists including Sandy Rivera, Matt Darey, The Shapeshifters, Rare Candy, Hollaphonic, Crazibiza plus many more.Somn3um have begun their monthly residency at legendary club night The Gallery at Ministry of Sound in London. They have recently been made resident DJ’s of the immense Zero Gravity club in Dubai.