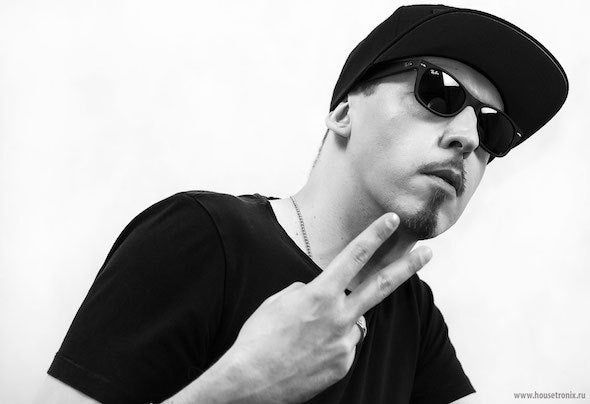 When talking about the electronic music industry, there are plenty of artists & names. Some of them got huge success & popularity, some are not that big but the main criteria for this category of respected DJs & electronic music producers is quality. One of them is a russian guy Victor Sysoev known as Quality Cat. He began his DJ thing in the early 90's in Moscow doing school and college parties starting to develop his dj skills & trying the first steps of dancefloor psychology, crowd connection & gear use. At that time he was a student of Moscow's University Of Foreign Affairs, studying international law. But the growing interest to electronic music world pushed him to attend the best parties in Moscow during that era & to see the first professional russian DJs perform. By that time he decided to leave his career as a lawyer & start working as a DJ professionally. Quality Cat is half of Housetronix DJ duo having releases on respected labels like Hotfingers and Citrusonic (Eddie Amador's label). Their tracks are regularly played by Roger Sanchez, Boy George, Baggi Begovic, Eddie Amador, Lucien Foort, DavidPenn, Roog, Joe T Vanelli to name a few. 2016 was a productive year for this duo starting with remixing Boy George on Fetch Records and following with remixing David Penn on Urbana Recordings Compilation IBIZED 2016 and releasing their own LONG NIGHT EP on Horatio's label Natural Rhythm Ibiza Series. This was supported by Roger Sanchez, Wally Lopez, David Penn, Rene Amesz among others. 2020 is a very productive year for the guys. Their new single Marrakech (Sweatbox Rec`) received great feedbacks and support from the industry monsters like Pete Tong, Roger Sanchez, Erick Morillo, Marco Carola, Sasha and Richie Hawtin to name a few. The duo future plans are to go further, developing their unique sound & collaborating with the talents like Juany Bravo, Medusa, Horatio, Juanito and other artists as well as producing their own tracks and doing remixes.