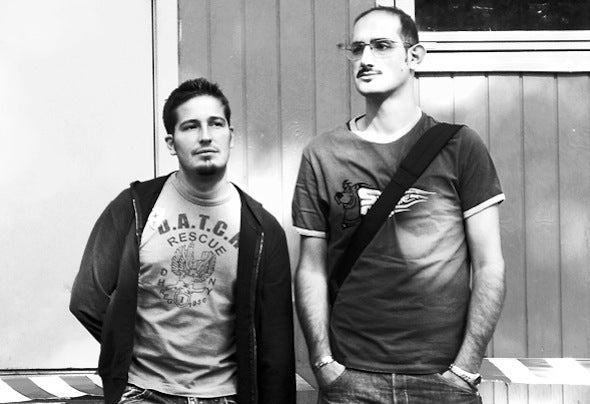 Phunkjump a young talented and brilliant duo of italian producers based in Napoli, that’s the answer to the “WHO IS IT” question. Phunkjump have been joining their skills and passion for Music, since 15 years now and get into the wave of House music as new interpreter and boilers. They carreer starts by early 2010 as a professional shape into the music biz, however Netswork records – as their home label – signs their single named “Buzu Buzu”, and will soon give em the opportunity to remix the so much applauded single by the rising star GIGI de MARTINO “Tabaco Y rons”, whom climbs most of house charts and get loads of plays world wide on all housish rooms. Big project for em soon to come and indeed they have been approaching the Main tune by INDIA & CITARELLA, and release a large remix for “TACALACATEO” afterward the latest GREGOR SALTO single called “MADALENA” and THE NEW IBERICAN LEAGUE (David Penn, DJ Chus, Abel Ramos) single called “KEEP ON JUMPIN'” and many others, which touch base in all radio and european stations, by a groovy touch and house settings whom gets lots of love and support from top DJs. We couldn’t really define Phunkjump genre or style really, as it’s quite mixed up and influenced by different flows and vibes, may be we should surely mention some Ethno soul in it as well as Tribal grooves and chunky Electro tunes, which make their sound so phat and sexy at same time. An absolute cocktail of pure Latin house pad wherein they allocate thrillin’ electro vibes and tweaks, as a wonderful cherry on tasty cake! 2011 and the summer itself sets a powerful opportunity to let out new nice tunes and to shape still Phunkjump sound as a designer would do for its furnitage... a lovely feedback from monsters djs and respected dance stations, gets the target to collect more and more audience on board looking forward a big club anthem to come by the new year.