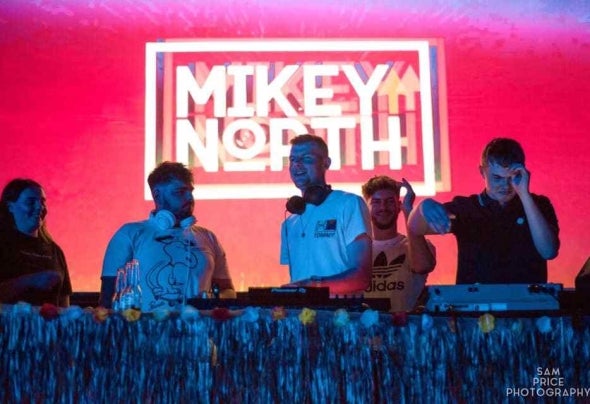 Mikey North is a DJ/Producer from Lancaster, UK and resident DJ for LUEDMS and ODOS. From his bedroom at the age 15 to joining the LUEDMS team in 2017, Mikey soon caught the bug and has had some great success in a short period of time. Performing at festivals in the UK as well as international, Mikey has controlled the crowd with his infectious grooves from the sounds of House, Tech and Disco. Performances at Eden nightclub in Ibiza, Spring Break Amsterdam Festival 2019, Highest Point Festival 2018 and 2019, Pierjam in Blackpool has seen him support some of the biggest names in the industry. Having started his own productions in early 2018, Mikey has received support from several labels with releases on Koda Recordings, Noisy Neighbours, Price Incorrect, Serena Music and DeepDownDirty Music with further support from names such as Marco Carola, Joseph Capriati, Shiba San and more! Working hard on his sound he is expecting to grow further as a DJ and Producer in 2020, with major labels showing interest in his music. Make sure you connect and follow his progress by following socials below: Soundcloud: https://soundcloud.com/mikeydjnorth Facebook: https://www.facebook.com/mikeydjnorth/ Instagram: @mikeyjnorth Bookings: mikeydjnorth@gmail.com