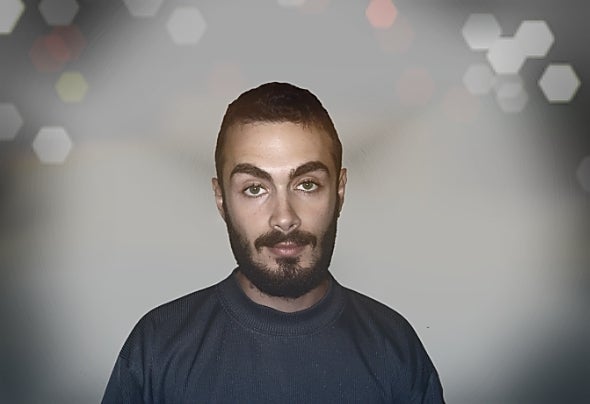 Met Slape is a 'Techno' and 'Elettronic Music' dj and producer.His name is Valerio Capuano, know in the past like "Valerio Kapuano". He was born in Naples, Italy in 1995.A self taught DJ who started play when he was only 10. He was attracted to the early type of consolle and synthetizer. He's got a very important catalogue of previous production which have never been relased, only avaiabled on his exsperimental set.Valerio Capuano lunched the "Met Slape" project in 2016 with the precondition to relase, in the following years, a big number of EP containing traces of recent and old time production, which was successful on italian dance oor and remained anonymously until today.He coperated with some labels in all parts of the world like:"Black Drop" from Ukraine, who relased his rst o cial EP with the track "Oasi""Vinyllover Recording" from Germany, where he wons a contest and he relased his rst remix in addiction to several EP partnership, with collaboration with "Disscut"Have a successful with "Gravity" a track that with the help of "Gigi Squillante" and his "Society Music Recordings", with the halp of "Smr underground" and "BackBeat Rec", present in various compilation exit in 2017 and 2018.Stay tuned to this DJ to listen his growth, his news, his history of music and is love and deep dedication for the Techno music.