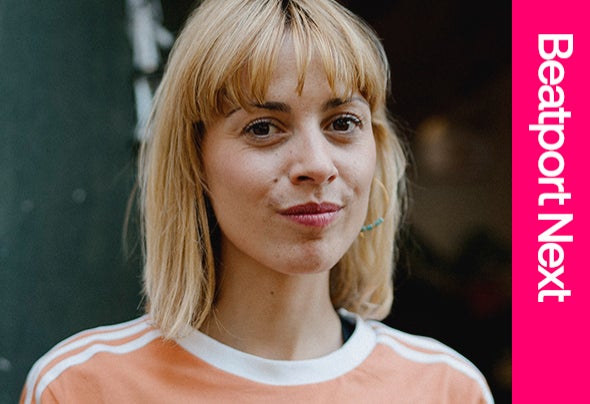 French producer and DJ Marina Trench continues to shine brightly as one of the deep house underground's most intriguing and unmissable musical talents. Having managed to carve out a deserved reputation as a selector with impeccable taste – Marina is blessed with an innate ability to expertly move oceans of crowds at clubs and festivals the world over. Her productions on go-to labels including Wolf Music Recordings, Deeply Rooted and Heist Recordings, have helped put her cultured, elegant and mature sound firmly on the radars of the most discerning of taste-makers, and there's a tangible sense that her star is well and truly on the rise. Marina's journey into house music's profound core began during her time spent studying fine art in Bordeaux, where she immersed herself in the vibrant local electronic scene, and before too long, her immaculate record collection started to grow while she steadily mastered the art of vinyl-only DJing. After relocating to Paris in 2014, her prototype production adventure began in earnest, when she secretly set to work getting to grips with the nuances of track creation. After two years of studious experimentation, she was ready to launch her distinct sound into the world. Her very first EP caught the attention of subterranean hero DJ Deep, who signed the music to his seminal Deeply Rooted label, calling up none other than house luminary Kerri Chandler to provide his remix magic. In May of 2021 Marina continues to confirm her status of cool young star with approval from the globally renowned Worldwide FM, and the launch of her ‘Sweet State’ monthly show. Going forward in exquisite style, Marina's forthcoming EP on Dam Swindle's Heist Recordings looks set to further cement her position as an artist in the ascendancy. On October, tip Marina will be self-releasing with the ‘Free Mind EP’. Remixes come from other female forces to be reckoned with, Cinthie and Anna Wall. Marina Trench is flying the flag for forward thinking, bright young talent, her star is rising. Now that the world is waking up, this artist is primed to continue her mesmerising dance odyssey in an explosion of glorious colour.