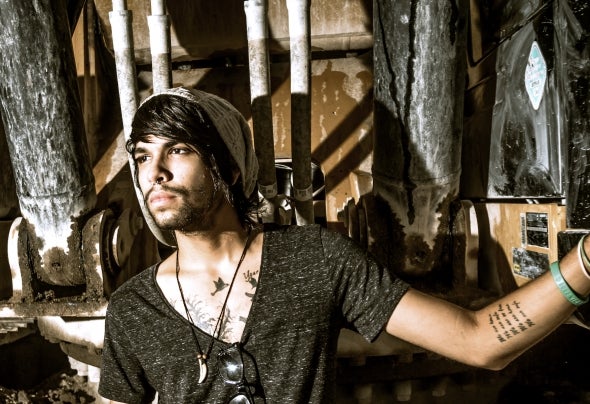 Adam Blandino a.k.a. ItsNotAdam was born in New York in July 1990. A talented musician from a very early age Adam started his professional musical career in a band called “Straight Men Don’t Smile.” As his talent grew so did his musical tastes, and Adam eventually transitioned to electronic dance music after being inspired by the track “Strobe” by Deadmau5. Merging Progressive House, Electro House, and Progressive Trance, ItNotAdam has created a unique and dynamic sound that appeals to a broad audience. From melodic bridges and atmospheric intros all the way to hard hitting club anthem tracks, this artist has truly found his niche and is exploding onto the EDM scene.Over the last two years Adam has built a strong and loyal fan base using viral social media to disseminate some of his tracks for free. But it was only a matter of time before his individuality, talent, and style was noticed by some of the best in the industry. In 2012 Adam had his first track signed, “Promise Me (You Will Dance)” off his first EP “New Beginnings”, with Pulsation Records. His second EP "Stages" was signed to We Make Noise Records and was a hit with fans nationally. His latest single "Why Forget This Moment" released under Phunk Junk Records has combined elements of House, Trance, and Post- Rock/Shoegaze creating a melodramatic break never before heard in the House music community.ItsNotAdam is a producer and performer that is never afraid to experiment or take risks! Bringing together incredible elements of stage presence, aesthetic marketability and sheer talent, ItsNotAdam brings something special to each track and each performance. Merging the elements of what is hot today and expertly combining those aspects with ideas that are far outside of the norm, ItsNotAdam is well on his way to creating a genre all of his own while leaving fans screaming for more.Utilizing his production talent and experience within the Progressive House, Trance, and Techno market, ItsNotAdam has a rigorous touring schedule in the works for 2013 into 2014 starting in his hometown of Miami’s hottest nightlife venues .