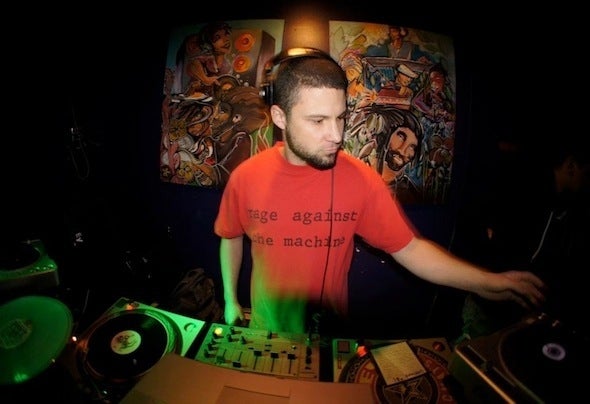 Years of unwanted childhood music lessons led Michael Morel to develop an aversion to common instruments like guitars and pianos. Intrigued by the unusual sounds of the didjeridu, his true musical ambitions were sparked when he began playing the ancient Australian wind instrument in 1998. Shortly afterwards, he developed a healthy obsession with drum n’ bass & jungle. Adopting the alias Indidjinous, he often played live didjeridu over DJ sets using electric guitar pedals to distort the sound.In 2002 he began experimenting with production, incorporating his didjeridu recordings into many tracks. Citing major influences from Technical Itch, Dom & Roland, Konflict, Paradox, Teebee, Hive and Amit, Indidjinous tunes are cinematic, tribal and dark with an emphasis on variety in drum patterns. His sound spans several styles of D & B including techstep, drumfunk, half-time, experimental and atmospheric. Overtly melodic sounds are almost wholly absent in his productions. Instead he tends toward abstract sci-fi atmospherics, industrial sound effects and dis- harmonic bass lines.In 2005 he finally took up DJing and was thereafter an active part of the local jungle scenes in Santa Cruz, CA, Washington, DC, New York City and now San Francisco. In the summer of 2012 he designed and taught a class introducing electronic music production and didjeridu/aboriginal culture to middle school students, a program he repeated in 2013. 2012 also saw the emergence of his bi-weekly radio show “The Other Side” on Jungletrain.net where you can hear his unique brand of didjeridu-infused post-apocalyptic swamp funk (all shows are archived on Soundcloud & INDIDJINOUS.com). With over 50 tunes signed across 10 labels spanning 8 countries, Indidjinous is in production of a full length collaborative LP with his production partner Centaspike from Australia, due out in late 2014.