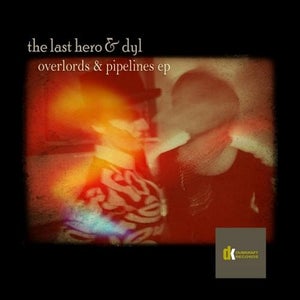 In 2013 we witnessed a quick raise form the depths of Romanian underground of one of our early discoveries - Dyl. He's got attention, signings and releases from a long line of other respected labels: CX, Break-Fast, Nurtured, Tytanium Armour, Rawganics, Dust, to name but a few... In 2014 we'll see him established as a reliable source of creativity for the ever hungry bass music scene. 2013 found The Last Hero already enjoying the much deserved respect after a stream of constant quality tunage for Architecture, Cylon, CX and Broken Audio. In 2014 we will notice a new creative energy and a further consolidation of the British duo. No need to imagine the devastating force of the two combined in an EP, because DubKraft delivers it now! The EP contains two tracks from each of the two producers plus an off the hook collaborative effort where they are also inviting Alien Pimp, DubKraft's founder. 170 bpm bass music is the game here, but it's played by their own rules by these young renegades.