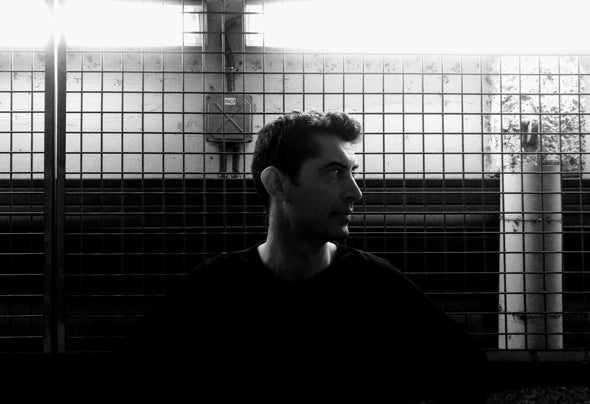 Versatile artist from Barcelona, born in 1981, grew up surrounded by a family of painters and sculptors. In 1996, influenced by the world of graffiti,skateboarding and scratchin decides to learn to mix. In 1999 he began to play with beats and loops with a Roland MC-505, a BOSS SP-202 and a computer. By 2001 he had his "home studio" and an own style of music that goes from the Electro- techno to minimal dark overtones cooler. Plays on self-organized parties and some raves. In 2003 studies sound technical and binds to collective "Electroclub" which begins in lives with their machines. Since then, he has played at several Clubs: Moog, Nitsa 2, Culture Club (Palma de Mallorca), Be Cool,Mochima, Be Good, Diagonal District, Cathedral, C3Bar, among others. Currently working on different groups and record labels (Electroclub, Empire of Bass, Frente Sónico Futurista, Voko Records, Kremadelik, Red Three Digital ..) under different names (Gravedad Cinética, Hackers of Bass) and he has also been part of the electropop bandCyborgs. He likes to explore new styles and continues to grow as a musician and DJ.