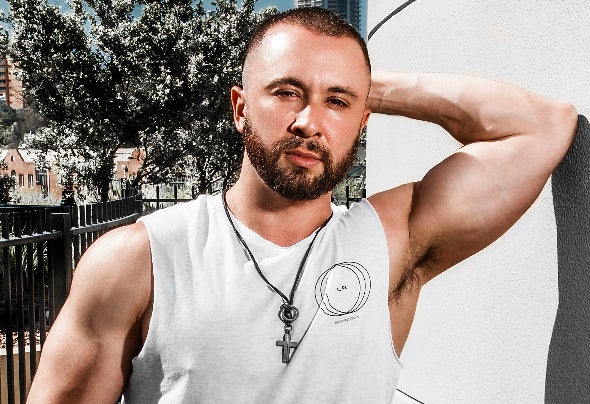 FABRICIO SAN is an internationally famous DJ/Producer and is considered anything but an ordinary name in the LGBTQIA+ electronic scene. In 2017, SAN’s career really started to take off in the Sydney scene where this Brazilian currently calls home. Starting at the Up Day Club, followed by a residency at ARQ and later on at The Week Australia. Fabricio has been strongly responsible for the burst of popularity for the Brazilian tribal beats in downtown Sydney, a genre of music which was relatively unknown previously in the city's night life. As a result, this DJ has rapidly collected a growing legion of loyal fans that follow him wherever he and his sets are playing. Last year, SAN took this niche music style to ‘Down Under’s’ the second largest city – Melbourne. Introducing his tribal Brazilian music flavour to the city’s population for the very first time. During these years and especially during the pandemic, Fabricio has become a respected and inspirational figure to international and national DJs as a producer. Gaining respect and support from many renowned international artists who play his remixes and original songs in some of the biggest festivals of the tribal circuit scene worldwide. In February 2021, one of his greatest achievements and a milestone in his career was receiving an invitation to play as special guest in his own country at “The Week - Papa Marathon” party in the City of Sao Paulo, performing alongside big international names from around the globe. Currently, Fabricio San is one of the resident DJs at DejaVu in Sydney. They provide one of the biggest tribal circuit parties in Australia, and a well-respected label in the country. He consistently brings the energy up to the decks, provides sets filled with the hottest hits, heavy beats, and originality. He never fails to rile the dance floor to a fully excited crowd from the beginning to end.