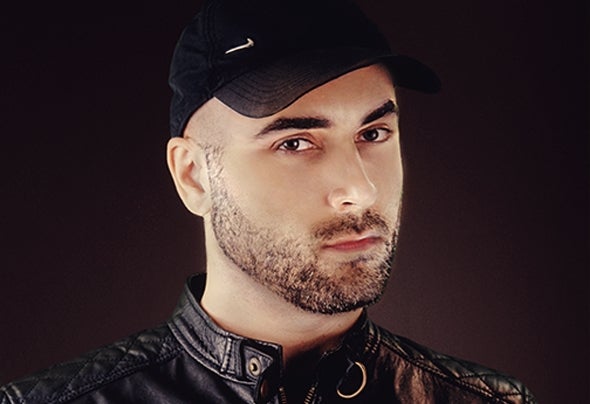 ETOSTONE constitutes henceforth a dynamic presence in the electronic music scene with a lot of positive comments from well-respected magazines in the field of dance music such as DJ Mag, IDj Mag, M8, Rinse Mag (USA), Freeze Mag (Greece), Nights (Romania) , Makesomenoise (Italy), while his tracks have also reached the playlist of BBC Radio 1 (Annie Nightingale), at 94.7 radio in Paul Oakenfold’s radio show, WKNC (USA), and many other major radio stations around the world. He has reached the worldwide famous DJ list of the highest valued DJs in the world by DJ Magazine Top 150 for 2 times in the row , and has released more than 140 tracks worldwide in various music genres . He has worked along with worldwide famous artists like Amanda Wilson , Mike Diamondz, Uberzone, Simply Jeff , Demy , Tamta , Nicko , Hatzigiannis , to name a few , also written soundtracks for the national Greek Television ET1, music for games , jiggles , Vodka Stolichnaya official ad for 2013 and others. In 2014 Etostone was commissioned to produce the official remixes for Dilara Kazimova known from her participation in Eurovision 2014. Etostone always presents something unique in the music industry. One of his biggest hits “For Eternity” http://www.youtube.com/watch?v=SPuJOf3yEco , which has been released in The Netherlands (NL) by one of the best labels PM – Recordings , and in Greece , and Cyprus by Sony Music has over passed the 1.900.000 views in YouTube and reaching the #1 position of the Greek iTunes Top charts , where even reached the popular TV charts of Greece most famous Music TV network MAD TV Τop 10 , and staying for more than 6 months at Top 100 of the Greek official Airplay , nominated as “Best Dance Music Video” in Greece by MAD TV. “For Eternity has been relicensed to various countries worldwide, like PM Recordings (NL), Sony Music (Greece, Cyprus, Bulgaria), Magic Records (Poland), and Mega Liner (Russia, Ukraine, CIS countries). The music theme of “For Eternity” is airplayed in almost all episodes of the famous realities on MTV worldwide , Beauty School Cop Outs and The Valleys. After “For Eternity” his hit «Together» http://www.youtube.com/watch?v=oKBlS88duDA has reached in one week no 1 sales in iTunes Charts , Top 10 at MAD TV , video clip of the week in the Greek MTV along with the music video to over pass the total of 2.600.000 views in YouTube , earning the award of the best video of the day at Vimeo , and also reaching the top 10 of the official airplay in Greece. It's probably one of the highest budget music videos around the world. “Together" music video clip awarded as the BEST Music video 2013 @ USA , Los Angeles , Action Cut Competition and made it to also to the finalists for “Short Cut movie of 2013’. Action Cut is of one of the most respected Film and music videos competitions in USA, Los Angeles and worldwide. Also was nominated for Best Music Video at London Independent Film Festival 2014. “Can U Feel iT” the track after “Together” is already a big radio hit. The music video http://www.youtube.com/watch?v=UeUKTPNU5TI supported by Europe’s famous Music TV Channel “Clubbing TV (FR)” were it was nominated there as “Highlight of the week”. Big support by MTV and MAD TV as well. The song performed by FAB, being famous for his co-operation with Alexandra Stan in the hit “Mr. Saxobeat”. “Save The Day” ft. Amanda Wilson, is one of his biggest collaborations till today. Amanda Wilson is well known from Avicii (Tim Berg), famous worldwide hit “Seek Bromance” and her collaborations with Freemasons, where she has reached 5 times the UK top 100 official charts. The result is an amazing song, with fresh sound and promising elements. The Lyric video received 500.000 views in just 3 weeks! https://www.youtube.com/watch?v=v4LMLeSiLjc