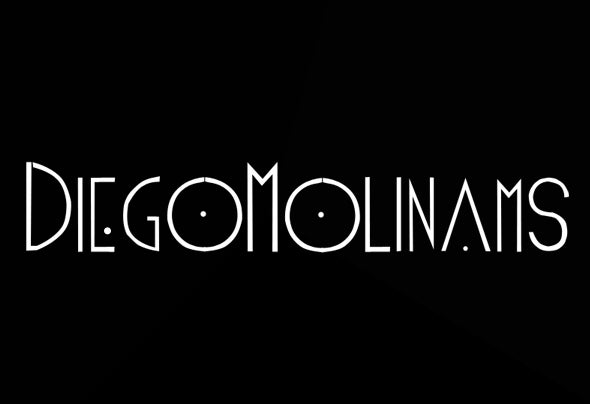 Diego Andre Molina Aguirre was born on 10th of february in 1998.At age 11 Diego began listening to 90s electronicmusic (p.e. Daft Punk, etc).As he came across modern music made by well known producers like David Guetta or Chuckie, Molina decided to join that party of names by making his own tracks. He discovered a program for producing music called Fruity Loops Studio, which he is still using these days. A few months later - after making various remakes of famous tunes - he stumbled across a new genre of house music - Dirty Dutch.Diego was so amazed by this style, that he continued his process of learning by remaking some different tracks classified as Dirty Dutch.Remake by remake Diego came a bit closer to the originals and soon he felt prepared for producing his own tunes.Since he started, his skills and his music has improved a lot, in august of 2011 he signed to the label "Ak47 Musical Recordings" and for the first time his music got sold on various platforms on the internet (p.e. Beatport, Itunes, etc).Diego at his young age has created several tracks already gaining support from several big names like R3hab, The Kickstarts, D!rty Aud!o, Paul Oakenfoald, George Monev to name a few.