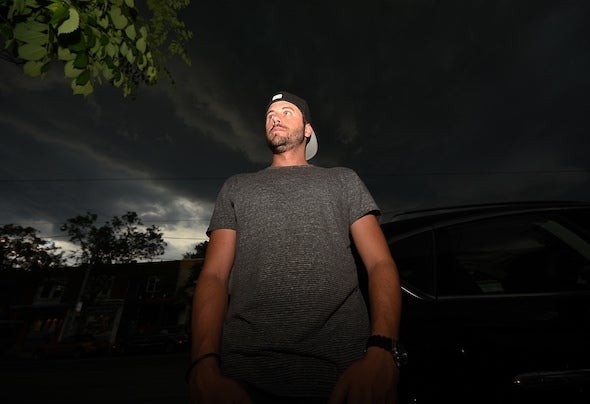 Weened musically on the 90's rave scene Damian cut his teeth as a vinyl DJ playing some of Toronto's top underground music venues and event promotions past and present like System Soundbar, Limelight, CiRCA, Guvernment and Footwork. With releases on the UK based Kitsam label, Dirty Deluxe, MC Flipsides DBR Recordings and Chicago's Flapjack/Spatula City Records, Damian's tracks have earned props and support from international heavyweights Paul Woolford, Carlo Lio, The Sound Republic, Mastiksoul and Loko to name a few. Having played Canada coast-to-coast with gigs on the west coast US, Burning Man and the WMC in Miami as well as a Central American tour which included the Envision Festival in Costa Rica Damian's experience as a DJ and his knowledge of modern dance music is eclipsed only by his passion for the craft. With a deep track collection and tight, technical mixing Damian's funk driven sound blurs the line between disco, house and techno and his sets have always been upfront, vibrant and full of energy. Now based in Hamilton, Canada Damian's deepmotive branded pop-up warehouse and loft parties have become a staple of the late night dance scene and continue to provide a proper showcase for emerging and established DJ's, musicians and visual artists alike.