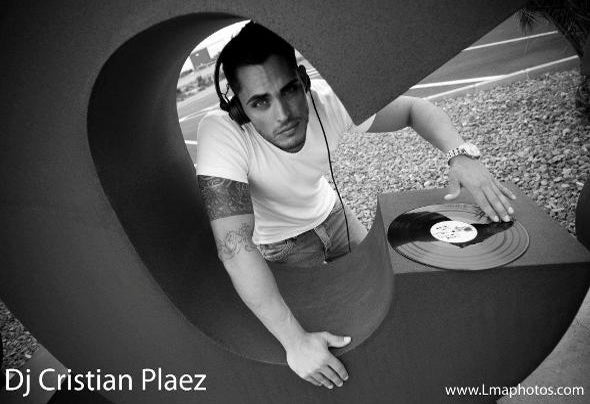 DJ & producer Cristian Plaez born in Las Palmas de Gran Canariain 1981, has always liked the world of music and electronic sounds, with 16 years and was involved in the best nightclubs on the island Enjoying djsessions countless national and international, but it was not until 2007when he decided to immerse yourself in the scene, with much effort andtoo few resources in the room gets debut on Club. Cristian plaez gets begins be hollow and to show their full sets of sounds strong, elegant and trackers in different rooms of the island as: DISCO Babaria, Manhattan, THE POINT, AND DEEP BLUE PICADILLY · In addition tocountless parties in boats and private villas. A shared national dj gavinaWith some of the likes of Dani & NICK CHATELAIN (Barcelona),Sebastian Roya (Gran Canaria), MONICA 69 (Gran Canaria, Ibiza), JOHNQUESADA (Barcelona), and the best dj of the archipelago as Sebastian Roya, Javier Carballo, Toufik, Rodri DENIZ, Ismael Vega, IVAN CDJ, Yuse& LORCA, JOAN LE FRAIS, ISMAEL CASIMIRO, DJ Juanki, ROBERTGARCIA.En the year 2010 begins to create their own produxiones gettingto join in best electronic music pages in less than a year, Beatport, Itunes,etc are some of the most prominent pages in which you can listen and buytracks.