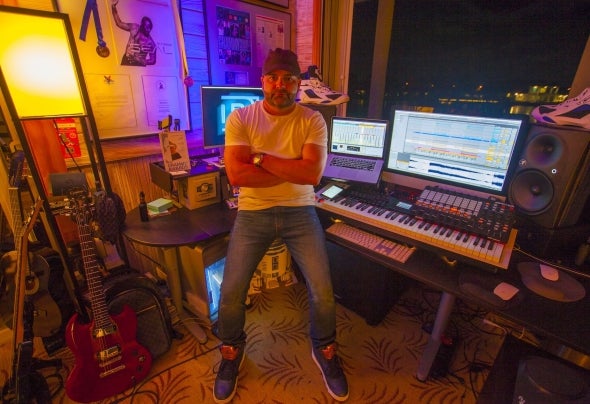 Two time Grammy Nominated Music Producer, Billboard & Beatport Charting Recording Artist, He has had 19 remixes reach #1 on the Billboard Dance Charts and many more reach the Top Ten. He is also 1/4 and founding member of Grammy Nominated Fatum, Originally a duo formed w/ good friend Chad Newbold that exploded on to the EDM scene in 2014 as a vessel to make great music and collaborate with the best artists. Bill and Chad invited Daniel Davis and Bruce Karlsson to join the team and the now quartets momentum is at an all time high. Erupting onto the scene seemingly out of nowhere to a new generation of EDM enthusiasts, when in fact, Bill Hamel has already achieved international stardom with a career spanning over two decades, earning him the respect and praise of the world’s most legendary musical performers and major record labels.