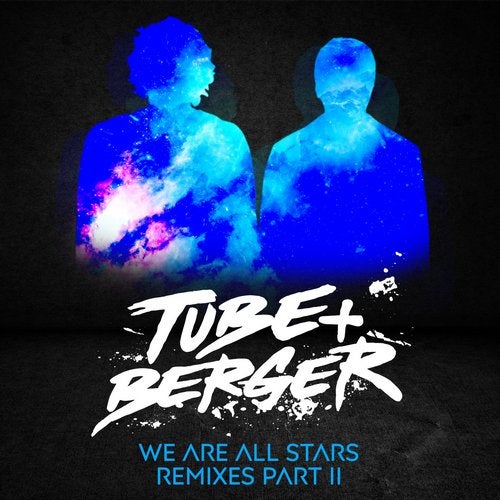 Tube & Berger invite a selection of close friends and respected producers to remix last year's 'We Are All Stars' album this September.
Forming 15 years ago, Tube & Berger have released on FFRR, Defected and Suara, evolving from club DJs to first-class live acts - merging elements of indie and electronica like nobody else in the game. May 2017 saw them release 'We Are All Stars', their sophomore album featuring an amalgamation of club-angled beats, orchestral sounds, synth pop and indietronic. The German duo has now selected some of their favourite producers to create their own innovative and individual interpretations.
Featuring British vocalist Richard Judge, 'Dust Feel' has been given a club-focused update from Kittball co-owner Juliet Sikora in collaboration with label regular Flo Mrzdk – the result is built on snappy snares, rave inspired stabs and undulating bass complete with an epic breakdown.
Dutchman Rene' Amesz then shakes up 'Lucky Shot' with suspenseful synths and vocoder vocals, whilst Glaswegian duo Illyus & Barrientos take on 'Ruckus', blending Judge's mesmerizing vocals with trippy atmospherics, before Spain's Dennis Cruz provides his own interpretation with a rumbling low-end and shuffling percussion.
Mainz duo Teenage Mutants brings an energetic remix of 'International Corporate Motherfuckers' giving it a new burst of energy until things enter downtempo territories with Joonas L's deep and sultry rendition of 'Automatic People' and a refreshing and mellow version of 'Loyando' from Istanbul's Landikhan.

WE ARE ALL STARS REMIXES PART 2