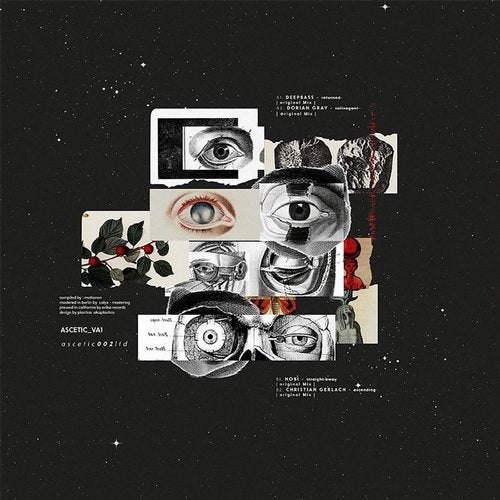 Ascetic Limited presents it's first VA, compiled by it's founders Motionen, a duo who focus on deep, hypnotic and acid techno sounds. Barcelona based Glaswegian Deepbass, with a recent album released on his own Informa Records, supplies his deep ambient techno soundscapes on A1. Titled Returned, it travels through the use of large reverberant drones and percussions while being pulsed by a sub kick. With a previous release on Australian label Android Musiq, Dorian Gray's Solivagant is a beautiful journey of choirs and drones, held together by a stepping beat. Straight Away by HOBI is far darker and is driven by fast tribal beats and circulates with impressive voice-like textures. Finally Lanthan.Audio owner Christian Gerlach brings Ascending on B2 which is equally as deep and hypnotic, giving focus to a twisted dubbed chord.