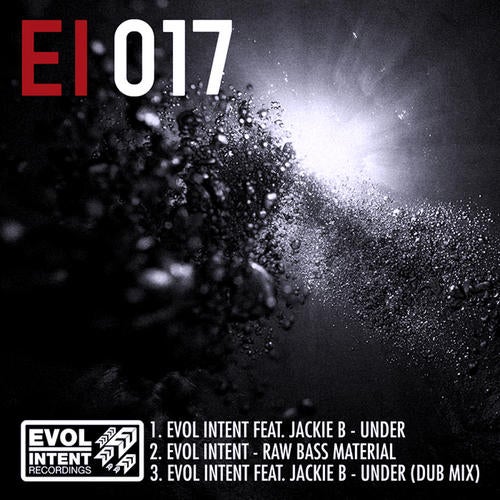 Hot on the heels of their most recent effort, Evol Intent are back with a follow up release to the Cruise Control EP. This time around, they show off their diversity with 2 peak-hour Dubstep bangers.First up is "Under" which features the vocal talents of singer/songwriter Jackie B. "Under" picks up steam right off the bat with it's infectious root melody that sets the stage for the rest of the song. After an extensive build, the song switches from beautiful to brutal as Evol Intent flex their production skills once again when they drop this ten ton bassline on your fragile little head. A dub version is also included on the release.On the flip of the release you'll find a tune that has already been making some serious noise within the Dubstep community. With it's memorable vocal stabs, minimal drums and jaw dropping bass sounds, "Raw Bass Material" has already become an instant go-to track for many top tier Dubstep DJ's. It truly doesn't get much heavier than this.For the uninitiated, Evol Intent is often referred to as the leading group in American drum and bass. Evol Intent released it's landmark LP "Era Of Diversion" to critical acclaim in the Spring of 2008, which explored more diverse musical styles as well as the usual DNB dancefloor smashers. The various members of Evol Intent also has other projects much of the music community should be used to: from Knick’s mash-up collaborations with Kill The Noise (aka Ewun) as “Ludachrist,” to the Enemy’s discofunk alter ego “Treasure Fingers,” to Gigantor’s housey waveform warping as “Computer Club.”