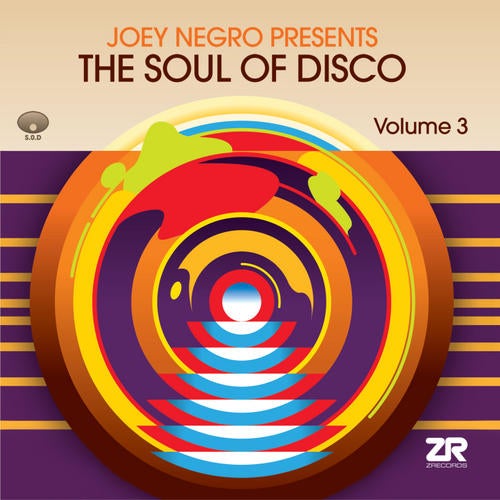 Following on from Backstreet Brit Funk the ever-popular Soul of Disco series returns for a third thrilling installment and the general consensus is that this is the strongest volume yet. Compiled by unashamed musical trainspotter Dave Lee (aka Joey Negro) this selection is the fruit of some serious digging - both in the real world and online. This is the first time most of these tracks have been available on cd or digitally, but we are keeping the quality of the music high and avoiding the collectors only records. Having said that some of the included songs are indeed super sought after with Full Body and Jackie Stoudemire original 12's featuring in Discogs Top 100 list of most valuable records. Conceptually, the Soul of Disco albums are about showcasing the blacker, funkier end of the disco spectrum where the 4/4 groove collided with the musical sensibility of Philly and Motown. Many will probably be unfamiliar with the acts included here but people can sometimes forget that when disco was king it was mainly the likes Village People and Donna Summer that was heard on most dance floors and many of these tracks (on small indie labels) didn't get played outside the hardcore underground clubs. Whatever bad things its done for the music business in general, the internet has aided in the discovery of many obscure records that never made it outside their State, with stories of distribution or pressing problems that prevented the release reaching the general public. Another factor is late arrivals from the early 80s, songs that still had that up-tempo disco sound suddenly sounded very dated and didn't fair too well once the disco backlash was well and truly underway. Musically this collection offers a wide variety of styles within the parameters of soulful disco. The up-tempo heavily orchestrated sounds of the soaring "Invisible Wind" or the J's anthemic northern soul style on "When Did You Stop" are maybe what you'd expect from the title of the album, whereas things get jazzier for the Board of Directors instrumental "Hanging Tough". A tougher, funked-out Sound is present on Evans Pyramid's driving "The Dip Drop" while we go to church for some disco gospel courtesy of Gloster Williams' rousing "No Cross, No Crown". There is even a bit of reggae tinged 4/4 courtesy of Loi's "Body Contact". So basically if you dig disco there should be something here for you. As always with Z Records we've spent time and money to make the masters sound as good as possible and if you're a fan of compilations from BBE or Dimitri From Paris then this Soul of Disco Vol.3 album will not disappoint

The Soul Of Disco Volume 3 (Compiled by Joey Negro)