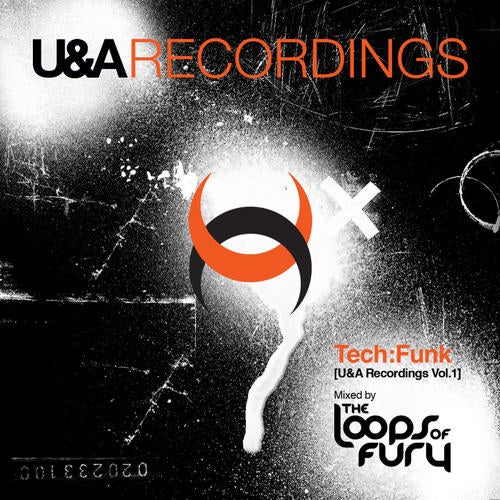 A mix compilation from U&A Recordings has been on the cards for some time now. Ever since his first label 'Fused & Bruised' shut up shop around 2002, Elite Force had half an eye on running a second imprint, and in many ways the onset of the digital domain was the catalyst he required.

The initial blueprint was as a vehicle for his own releases and re-issues, but inevitably he soon became seduced by the quality of unsigned music that was out there, and thus a small empire began to emerge. Aside from a host of stellar remixers ranging from Miles Dyson to Meat Katie and from Hybrid to DJ Dan, the label has been responsible to establish the careers of such highly regarded newcomers as Zodiac Cartel, The Loops of Fury., Rektchordz, Butter Party, Dustbowl, and Mike Hulme.

With a burgeoning reputation as one of the most exciting, eclectic & visionary labels in the electronic firmament, it was only a matter of time before some of the many highlights from their catalogue to date appeared in time-honoured DJ mix fashion, and rather than take the reins himself (and in keeping with the label's ethos of developing new, young talent) he decided to hand mix duties over to emerging superstars, The Loops of Fury.

Their debut single 'Flick A Switch' smashed the charts on Beatport and spent over a month in the Top 5, instantly catapulting them into the limelight, and making them the perfect choice to compile and mix U&A's first mix album, 'Tech-Funk : 01'. Taking some of the finest tracks to appear on the label to date as well as exclusives from The Loops & Zodiac Cartel, this is the perfect blend of electro-techno, and encapsulates the sound of U&A to a tee.