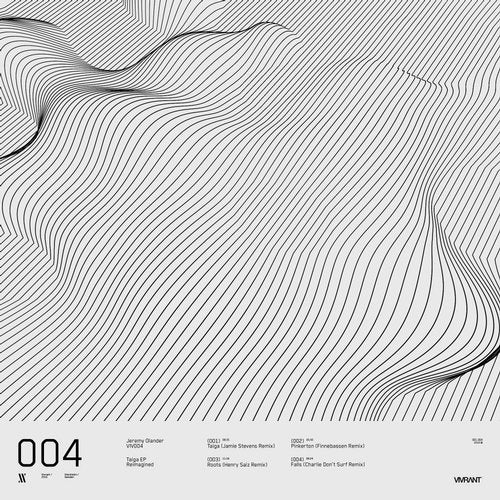 Seasoned veterans alongside new talent. Henry Saiz, Finnebassen and Jamie Stevens together with highly touted newcomer Charlie Don’t Surf have each reimagined a track off Olander’s inaugural Vivrant release in the ‘Taiga’ EP. Starting off with Jamie Stevens’ stripped down version of lead track ‘Taiga’, on which the Australian masterfully repurposes the original’s trademark elements to create an eight and half minute deep voyage, he flawlessly sets the tone for the EP. Second is Norwegian House star Finnebassen, who employs more of a peak time approach to his reinterpretation of ‘Pinkerton’. While maintaining the melancholic, recurring trembling siren from the original to contrast the record’s euphoric overall vibe, he’s created a surefire belter that will move your feet and soul. Third, and perhaps most anticipated, is Henry Saiz’s remake of ‘Roots’. Reciprocating for Olander’s own remix on his ‘Afraid’ record from 2014, Saiz said to have drawn inspiration from classic 90’s trance records in his creative process. By skilfully employing vintage phasers, whistle-like lead element and redistributing the original’s beautiful chanting vocals, he creates a kind of suspense that keeps you longing for more. Last and certainly not least and is Malmo, Sweden native and Einmusika mainstay Charlie Don’t Surf. In line with the ethos of the Vivrant label to create a platform for emerging talent, this former Burn Residency finalist surely ticks that box. With an exciting and truly unique style that becomes very evident in his rework of ‘Falls’, Charlie has created an atmospheric techno remix that incorporates a solid dose of electronica.