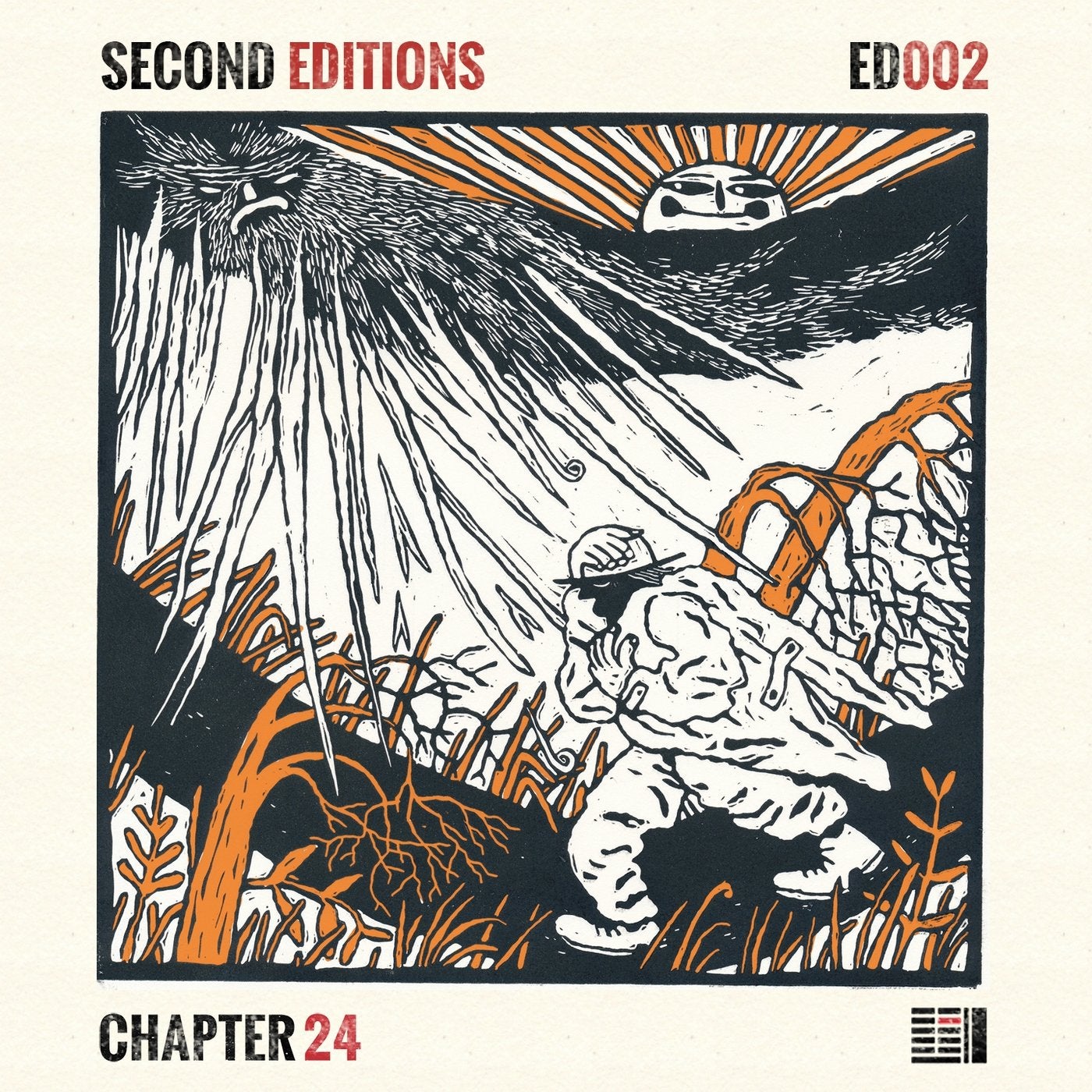 In the second of Chapter 24's Editions compilations, the label has invited a select group of talented artists from across the globe to reimagine original tracks from its releases earlier this year.

David Alexander is next up, and maintains the momentum with his rerub of Danny Oliveira's Stargazer. The Edition reflects DA's style perfectly, skirting the dark and driving side of Deep House, infused with signature basslines and haunting synths.

Canada's Van Did (Herzblut, Sudbeat) then takes the reins with his take on Goodbye by THe WHite SHadow (FR). Showcasing the skills which have installed him as one of his country's brightest underground talents, he creates a tense, layered and atmospheric piece of melodic techno.

Another Danny Oliveira Edition follows next, this time of the huge Saikin Do. Up-and-coming German producer Someone Outside (Tenampa, ARDOR) steps up to the plate with a huge and chugging techno cut, building to an entrancing melodic climax.

New York-based Naveen G (Cityfox) picks things up with an epic reinterpretation of The Owl by Twelve Minds. Starting with widescreen soundscapes, the track narrows in on a pulsating groove, interspersed with moments of drama.

The duty of closing out this second compilation falls to Anton Dhouran, a young emerging artist from Paris, who, by age 20, has already signed to various labels such as Diynamic and Manual Music. He doesn't fail to deliver: his Edition of Aspice by Sam Pauli & Reiver takes us to the skies, wondrous pads anchored by rolling 808 bass, percussion and guitar lines.