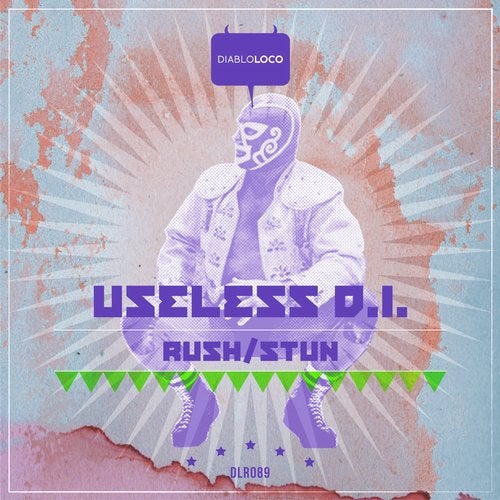 DIABLO LOCO RECORDS is the new quality label focused on Tech-Funk, Electro-House, Tech-Breaks sound by top artists of the international scene. Inspired by the traditional Mexican wrestling culture and the famous Luchadores the label aim to deliver top class singles, remixes, compilations and design!
The show starts with a match up between Perro Salvaje and Rat Man. Perro and Rat Man go back and forth with dares, and the match starts. Rat Man takes the win. After that, Cindy Slam (a beautiful Lucha cheerleader who's in love with Dino (El Ave De Las Tempestades) talks trash about Esqueleto, and they dare eachother to a Lucha match, imitating the show, "Dare to Lucha" that they just watched. The match is held in mid-air with piranhas, man-eating clowns, and more. The cage floor opens, and they almost fall to their death. They end up on the a giant octopus and almost fall in the water. While in the legs of the octopus, Cindy apologizes and they tag team the octopus. Then Dino came over with two new great moves, "Rush" and "Stun", in order to help them in the fight against octopus. After a fierce fight, Cindy, Esqueleto and Dino win, so it's time for some Tech-Funk action with USELESS D.I. New, powerful and ultra sexy single!! El Ave De Las Tempstades is here again!!