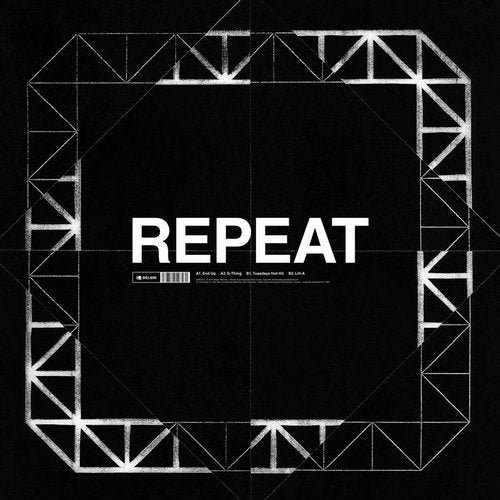 Delsin's first reissue album of 2019 is the album 'Repeats', an important techno and IDM record from collaborative outfit Repeat, which originally landed on A13 in 1995. Nineties collective Repeat started out as Mark Broom, Andy Turner and Ed Handley, with Dave Hill joining in later on. Ed and Andy, of course, also recording as Plaid and also still members of Black Dog Productions, with whom they recorded albums closely before and after this one. The result is a hard to categorise album that breaks all the rules and draws on IDM, techno, ambient, house and electro to make for nine tracks of atmospheric analogue music that still sounds fresh and in a world of its own.