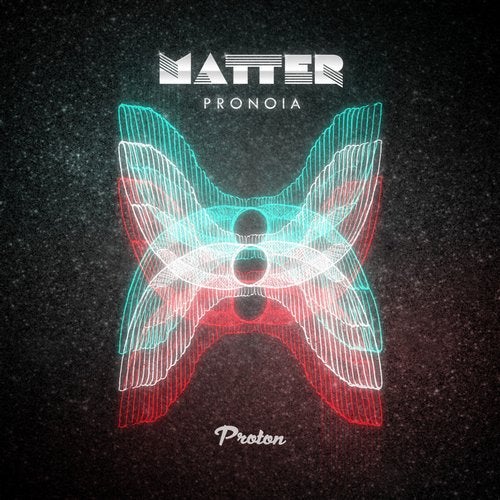 As a 'self-confessed vinyl addict" DJ and producer of considerable note, Matty Doyle is a man on a mission to scale the heights of the underground dance scene through his Matter production moniker. As he continues that assault with a growing ammunition of club floor-fillers, Proton Music is extremely proud to announce the release of his debut original EP for the label as Matter delivers his "Pronoia" EP.

Based in the cosmopolitan city of Melbourne, on the south-eastern edge, Matter is part of a growing force of Australian music producers that continue to make important strides in the underground dance movement. A regular in the clubs of his hometown and renowned DJ for over a decade, Matter has found himself supplying a "unique energy" to his craft, supplemented with a host of "controllers and drum machines", feeding an energy through his music that transmits itself to a positive charge in his audience. Furthermore, this passion for DJ'ing is extended to his monthly, "Ultra Sound" show on Proton Radio, highlighting "the finest in progressive and melodic techno".

A production career that began with work on UK label Underphunk in 2010, has rapidly matured as Matter began to become a regular on Hungarian, Erich Von Kollar's Stellar Fountain imprint, followed by original and remix work for Balkan Connection, Clinique and Mistique Music. A highly productive 2016 has already seen remixes of Rick Pier O'Neil, Robert R. Hardy and Jorgio Kioris as well as regular appearances on the Visceral compilation series.

Now debuting with his first solo original EP on the label, the title track opens with Matter's stamp of authority as a Moroder style bass line runs hypnotically through a nine-minute offering, accompanied by ticking hi-hats, metronomic house beats and subtly swung percussive groove. Intelligent melodic sequences play their part in angular, delayed fashion while luscious, white-noise fuelled pads emerge from the aural melange. The resultant effect is to create a dynamic and mature offering that is full of Matter's signature sounds.

Partner track, "Seed" continues the rich dynamic bass line that has become such a staple feature of the Matter production portfolio. Pulsating pads and emotive chord sequences bring spine-tingling sensations to the fore in an emotionally charged breakdown that bristles with energy. The third movement then sees a return to the bass-dominated groove, delayed effects and production values that create such a sense of open space and freedom within Matter's work.

In a world of paranoia and suspicion, it is no secret that Matter's "Pronoia" is certain to greatly benefit the club going faithful.