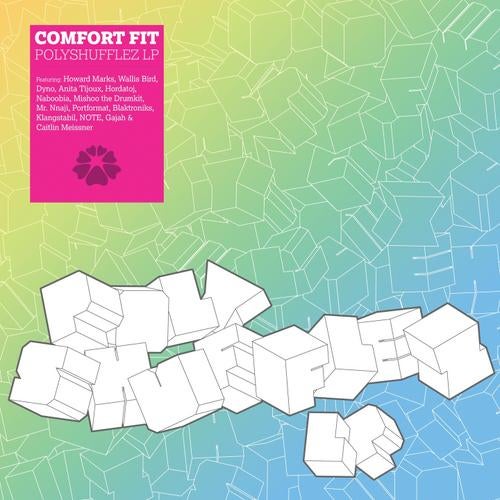 Comfort Fit's versatile influences are ranging from early Detroit Techno and Minimal Electronica to Jazz and Hip Hop. But at the same time, he wisely manages to avoid these hyped and cliche overloaded music scenes.

The unusual depth of production characterizing his music output already attracted the attention of music enthusiasts all over the world. Beside his massive remix requests, several major brands have licensed his music for their advertisements. But he's still down to earth, which can be seen during his fantastic, comedy-inspired live-shows.

Wisely using music codes of genres such as hip-hop, dub-step and techno as a mere comic template, Comfort Fit inspires music lovers around the world with his unique and heavy beat techniques. Critical thoughts on capitalism, conversations with the devil, famous chess games and dozens of other unusual ideas set to high fidelity let this album leave all comparisons behind.

So don't miss this future classic if you happen to like dirty soul claps, monster basslines, organic dubs and growling synth annihilations.

"One of the best, never straying away from its soul roots" - XLR8R

Some Quotes about the album:

"It's been a long time since i've heard a hip hop/pop/nu soul/dope beats/electronic album with such a quality level. This is absolutely stunning. Really fresh, really futuristic, raw, funky, organic. This is a pure moment of music." - Laurent Garnier

"I love this one. Congrats!!" - Jurgen (Jazzanova)

"Inspirational for me ... I like what you have done here." - Anthony 'Shake' Shakir

"I've been waiting time for new Comfort Fit gear! This is future perfection! Everyone into hip hop & soul need this in their collection! 10/ 10" - Atjazz