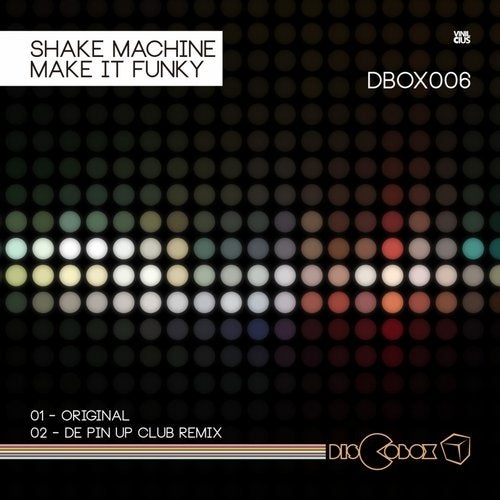 Discobox new release brings the fresh project Shake Machine. The duo is formed by Daniel D and Robinho, both very well known DJs in brazilian house music scene since the 90s. Being long date friends, they now join forces in a new act involving 4-hand DJ sets and music production.
The result of this very first collaboration could not be less than awesome : their strong influences on disco, classic funk and house music are used to make a solid track. With fat analog basslines, groovy percussions and crispy synths, 'Make it funky' is a truly groovy house music gem that surprises us breaking the beat in its second part.
For the remix we choose one of the best producers in our cast. After his acclaimed Go Funk Yourself EP, De Pin Up Club is back to the studio and turns the track into a deeper italo disco atmosphere, adding a new bassline, beautiful piano riffs and his distinctive retro taste.
Both versions are great and can be played in different moments of dancefloor. Just remember to shake well before use !