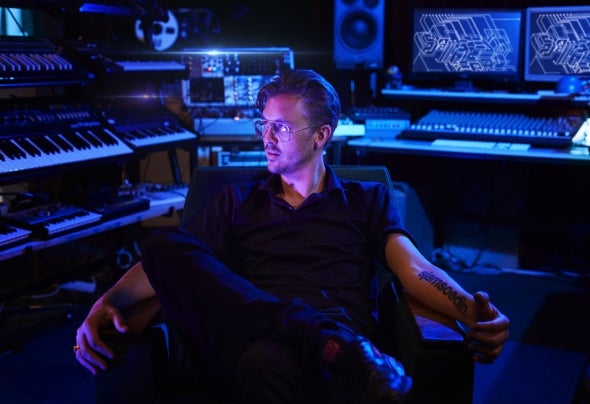 Amsterdam Based Sjamsoedin has been around the electronic music scene for 20 years. He started producing with his rst sampler in 1999 and has been experimenting with electronic instruments ever since. He has toured the world and released a multitude with several bands and projects, as a producer, dj or performer. Around 2013 he started to build his own modular synth, which played a big part in sculpting the current Sjamsoedin sound, which ranges from dark electro and moody house to rave beats and rattling techno. In 2019 DGTL Records released 'Never Know', a track emerging from a collab with De Sluwe Vos, which found its way into sets of Âme, Dixon, Job Jobse and many more. His latest EP 'Research', released on Marguarita Recordings, is out now.