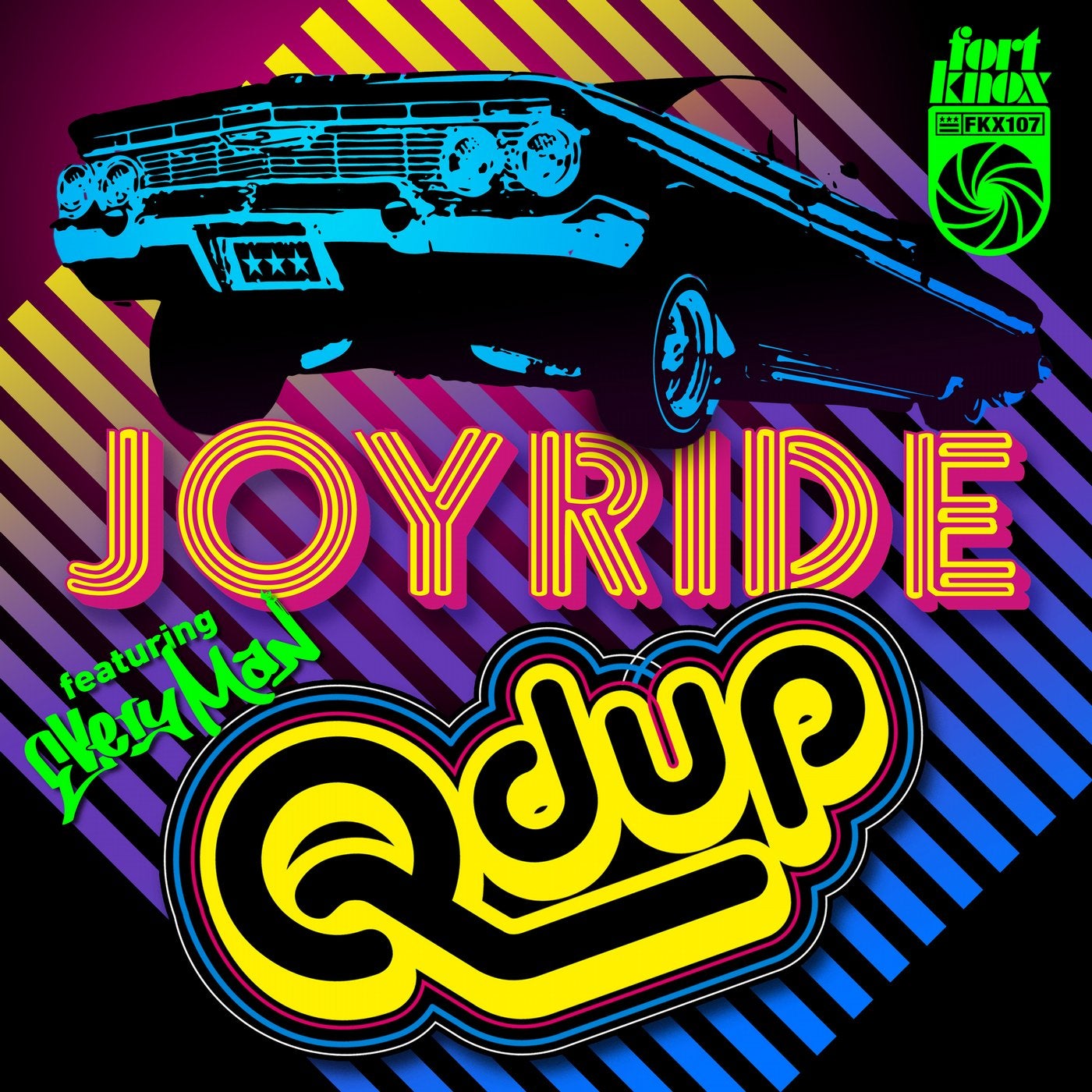 Touring extensively on the West Coast for the past couple of years has brought Qdup into close contact with Los Angeles based MC, vocalist & DJ EVeryman. Qdup and EVeryman found themselves on a similar trajectory as EVeryman toured all year on a special Pumpkin Tribute tour, while Qdup and Fort Knox Five spent the year celebrating Jon Horvath. Their friendship and the love of funk brought these two artists together, and the result is Joyride, a lively g-funk west coast party anthem. Cruise down the avenue on a Joyride with Qdup as EVeryman calls out to the party; Let's take a ride, put the rhythm inside, flip the switch with the funk, c'mon feel the vibe. His bubbling vocals and crisp lyricism bounce on top of Qdup's swinging synths and stomping beats. Referencing classic old school funk and hip-hop, EVeryman weaves a lyrical tale down memory lane, where old school meets new school to create a future funk anthem for the 21st Century. Qdup himself drops the hook on his Talk Box chorus, which complements Everyman's old school hip-hop flow. Slynky 1970's p-funk inspired west coast basslines sit on top of solid beats that propel the Joyride straight down to the coast. The DC go-go influence can be heard on the cowbells and percussion, that gives it a booty-shaking vibe. Funky horn stabs and wah-wah guitars firmly establish this tune as a funk monster, destined to wreck dancefloors everywhere. In conjunction with this release Qdup and EVeryman head out on a string of Hearts of Funk Tour dates in the US and Canada. EVeryman also contributed the latest DJ mix to Fort Knox s hugely popular Funk The World mix series, bringing him closer into the Fort Knox Recordings family. Joyride is only the first in a series of new singles by Qdup, so stay tuned for more funk coming soon. Along with the full vocal original version, both instrumental and dub mixes are also available.