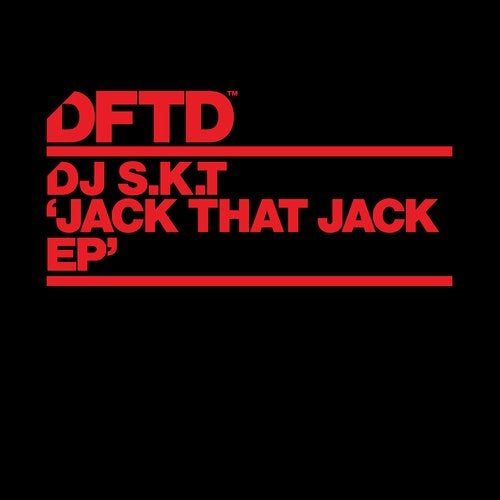 Undoubtedly one of the current hottest talents on the UK club scene, a firm national radio favourite and in-demand remixer, DJ S.K.T keeps the bangers coming with his debut on DFTD, 'Jack That Jack EP'. Coming straight out of the blocks with some up-tempo fire on the title track, S.K.T employs his signature grinding bassline scattered with drum-rolled breakdowns that build the sense of urgency steadily to a peak. Vocals from fellow Londoner Pepper Rose add another layer of attitude, making for moments of real palpable energy. B-side 'Alright (Got Me Feeling)' leans on some kicking drum patterns and a lingering vocal melody for a more emotive vibe, while maintaining that vital forward-moving S.K.T jack.