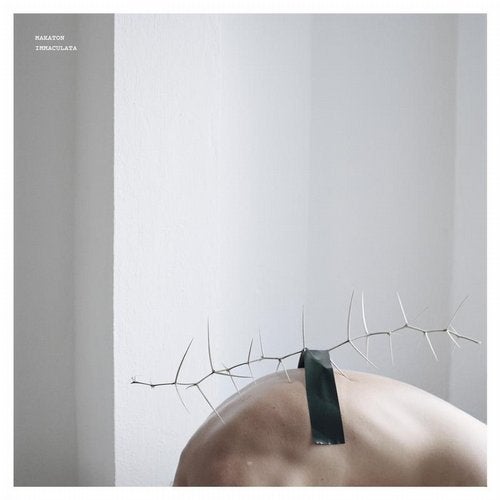 For those familiar with the infamous Birmingham Techno movement, Makaton is someone who needs little introduction. For those that aren't, the Brummie producer is the head of the inimitable Rodz-Konez and has seen himself showcase his cut-throat techno on seminal labels such as Token and Blueprint. His first contribution for Voitax came at the end of 2017, with iconic dance floor slayer Around The Throat, which went straight for the jugular on the VOI X V/A. A good half a year on and we get Immaculata - Makaton's full debut EP for VOITAX.

The veteran producer wastes no time with the opener. The title track's club ready percussion is glued beautifully together by an addictive dub and industrial hook. Full of twists and turns, Dreaming While The City Burns is a rewarding listen for both the club and the home. She Hunts keeps momentum going, acting as an ode to the signature sound Makaton has homed in over the years. Brimming with a sense of urgency, the track offers a moment of light via its warm chord responses before pummelling back into full looping glory.

Before My Eyes gears up slowly. An uphill chug, nosedives straight into the body of the track. The anxious pace is guided fearlessly by a flurry of crisp, groovy hats and intermittent drones. Showing what damage can be done once one has mastered the dark art of the perfect loop. Dive rounds things up in abrasive fashion. Distorted strings manipulate their way through the beat-less noise and grit until finding their peace after a chaotic crescendo.