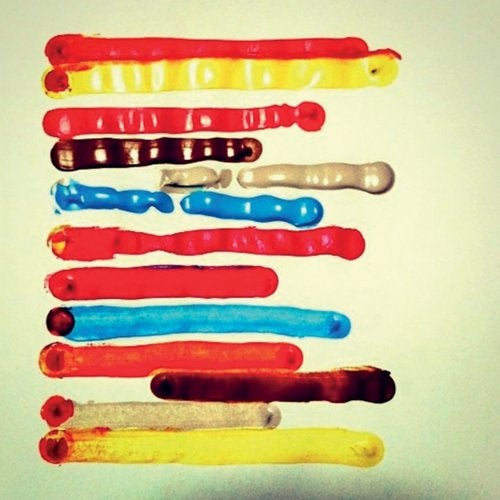 "I-Robots Present: We Are Opilec..." is a double cd project from Italy's Opilec Music released to showcase some of the forthcoming music from an imprint that is joyfully contaminated by Krautrock, Electro, House, Techno and Disco.

A fascinating release which takes in tracks and remixes from Giorgio Moroder (only incl. in the cd), San Francisco' synth punk act The Units, Swiss electronic pioneers Schaltkreis Wassermann, Orlando Voorn, Nemesi and Klein & M.B.O. and of course Opilec Music artists I-Robots; 'I-Robot Present: We Are Opilec...' is a varied and rare insight into some of electronic music's true innovators.

Kicking of with "Last Call" by Klein & M.B.O., the seminal Disco act who are credited as being one of House Music's earliest creators, "I-Robots Present: We Are Opilec..." is a treasure trove of old and new.

The disco keeps on rolling in with Todd Terje's rousing version of The Units "High Pressure Days" and I-Robots' re-edit of Schaltkreis Wassermann and Nemesi but the progression of CD1 keeps things fresh throughout.

From the emotive melodies of Pour Le Plaisir to the mid tempo Disco/House swagger of closing track "Socci" by Patrick Di Stefano, CD2 takes things in a decidedly more Electronic, futurist direction that injects Techno, House and Electro into the overall project.

Even at it's most contemporary sounding in tracks like "Blue Skies" (Stefny Winter) and "Life Cycles" by Danny Ocean, this compilation always an absorbing listen.

Complete with artwork from Japanese painter Tamami Saito "I-Robots Present: We Are Opilec..." is a superb compilation that delivers genuinely interesting takes on modern Electronic Music as well as throws up some of its unsung heroes and catalytic artists.

I-Robots present: We Are Opilec...