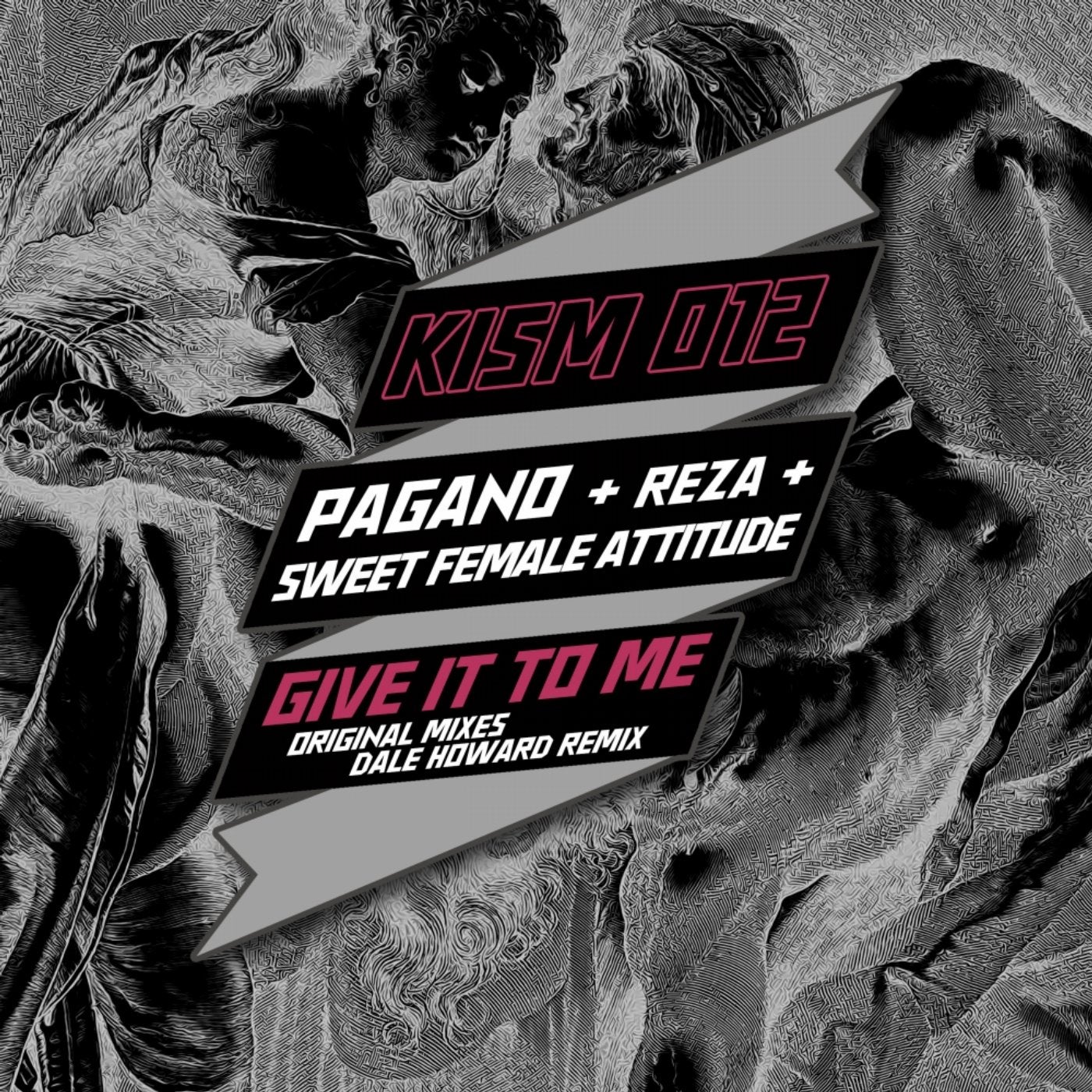 Following the success of the Adam Beyer and Roger Sanchez supported single 'Rise', PAGANO (Toolroom / Deeperfect / 1605) and his label KISM Recordings are back with a new original vocal tune in a variety of mixes.

'GIVE IT TO ME' is produced and written in collaboration with British DJ & Producer REZA (whose releases on labels such as Stealth, Pacha, Zulu, Armada have gained him support from many industry heavyweights including Pete Tongs and his Buzz Chart on Radio 1) and UK Garage legends SWEET FEMALE ATTITUDE (also on vocals duty), whose anthem 'Flowers' made it to number 2 in the UK Singles Chart.

DALE HOWARD delivers a Tech House Dub for the underground dancefloors in the style that has landed him releases on big labels such as Suara, Noir, ElRow Music and Toolroom.

PAGANO delivers 2 Tech infused Vocal and Dub mixes in his signature uplifting sound. This style has made him one of the busiest DJs to come out of the London gay scene as highlighted in a recent article appeared in the March 2018 edition of 'DJ MAG' U.K.

Check out the cheeky official video on our Youtube channel.

Give It To Me